The Ram Janambhoomi Nyas is eager to start construction at the earliest with help from the Vishva Hindu Parishad (VHP). Though the VHP has toyed with many maps of the Ram temple, there`s a blueprint based on the most agreeable version that the majority believes resembles the `original` Ram Mandir. 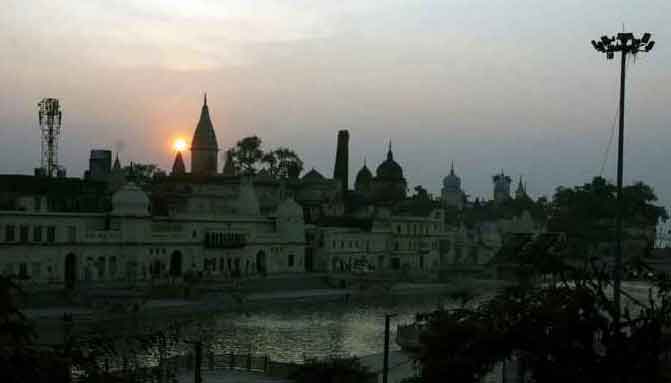 New Delhi: In what will go down in history as one of its most landmark verdicts, the Supreme Court on Saturday granted the ownership of the 2.77 acres of disputed land in Ayodhya to the Hindus, paving the way for the construction of a Ram Temple, and ruled that the Muslims will get 5 acres of land at an alternative site.

What`s next? When will the construction of Ram Mandir begin? How long it will take to finish and most importantly, how will it look like?

The Ram Janambhoomi Nyas is eager to start construction at the earliest with help from the Vishva Hindu Parishad (VHP). Though the VHP has toyed with many maps of the Ram temple, there`s a blueprint based on the most agreeable version that the majority believes resembles the `original` Ram Mandir.

While for years, doors and pillars are being carved in Ayodhya, the sanctum sanctorum needs to be built with great details where Ram Lalla, the deity, will be placed and worshipped. Though the walls of it are believed to be ready, the `garbhagriha` (sanctum sanctorum) isn`t.

A total of 212 pillars will be required across the temple. It will be assembled in two stages with 106 pillars in each stage. Almost half of the pillars are ready, while the remaining needs to be carved.

The assembly of pillars will take place in two tiers with the top tier having a roof. According to the approved design, the roof will have a "shikhar" that will give the massive structure a look and feel of "Bhavya Ram Mandir" (grand Ram temple).

The proposed structure will be 128 feet high. It will be 140 feet in width and 270 feet in length. No steel will be used in the support base.

The Ram temple will have five entrances: Singh Dwar, Nritya Mandap, Rang Mandap, Pooja Room and the all important "Garbhagriha" with parikrama. Ram Lalla, the idol, will be placed on the ground floor.

At least 1.75 lakh cubic feet of sandstone will be required to construct the temple. A lot has been done, with work starting as early as in 1990. But a lot needs to be done as well.

More sandstones, more carving experts and expansion of the existing carving centre need to run against time to finish the temple. Even then, sources say, it won`t be an easy task and will require a minimum of four years to complete the work.

"I cannot give you a timeframe on when the work will be finished. But we wish the construction begins as early as possible after completing the legal requirements," Alok Kumar, international working President of VHP told IANS.

One of the main reasons for time consumption is accessibility to the "karyashala". The roads are uneven and hence the supply of stones are also slow. Moreover, hand carving makes the process slower. However, the work for the ground floor is over.

However, there is a confusion over erecting a gigantic statue of Lord Ram, as many people want. It will need deliberation on the statue.