3 dead as rainwater inundates house after cloudburst in Uttarakhand

One man and two women were killed, while several others got injured in a cloudburst in Uttarakhand's Pithoragarh district's Timtia village, in the wee hours of Saturday. 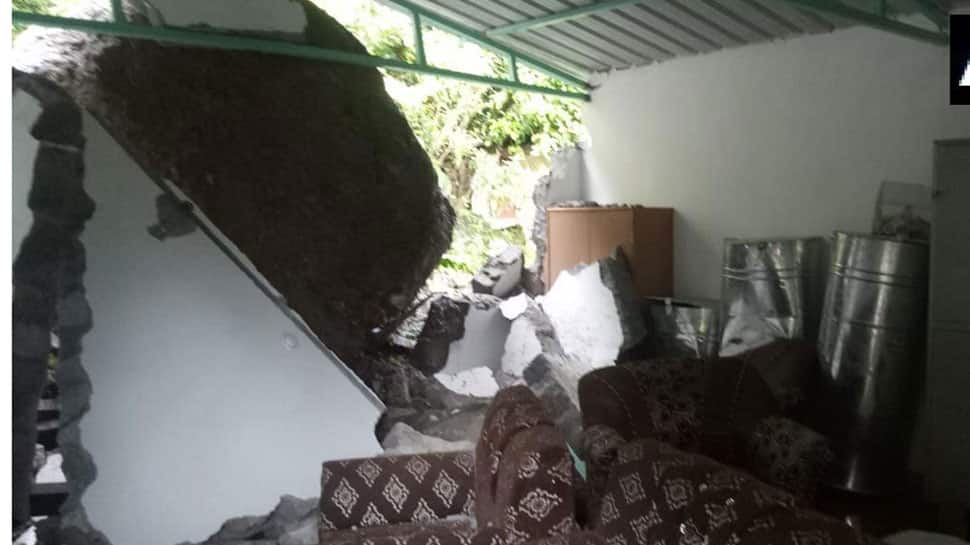 Pithoragarh: One man and two women were killed, while several others got injured in a cloudburst in Uttarakhand's Pithoragarh district's Timtia village, in the wee hours of Saturday.

The cloudburst caused incessant rainfall in the districts of  Govindaghat and Pithoragarh, where a house got washed away due to overpowering rainwater, causing the death of three people. Several other houses have been damaged massively due to torrential downpour in the region.

Police, State Disaster Response Force (SDRF) team and locals reached the spot after learning about the incident and launched a rescue operation. The man was found dead under the debris of the house while the two women were severely injured. They later succumbed to their injuries.

Several cars, bikes, and other vehicles have been reported washed away in the rainwater from villages of Timtia, Nachani, Tharali, Basbagad, and Govindaghat, where the damage of property was also reported.

Meanwhile, Bhujgad river in Uttarakhand is overflowing due to incessant rainfall in the region. People living in the low-lying areas along the river are asked to remain on alert and move to safety.

On August 18, another cloudburst in Uttarakhand's Uttarkashi area left five people dead while several houses were completely uprooted in the incident.