As many as 350 students and 50 teachers have been stranded in a school in Rajasthan's Chittorgarh for over 24 hours due to flood-like situation in the district following heaving rainfall in the region. 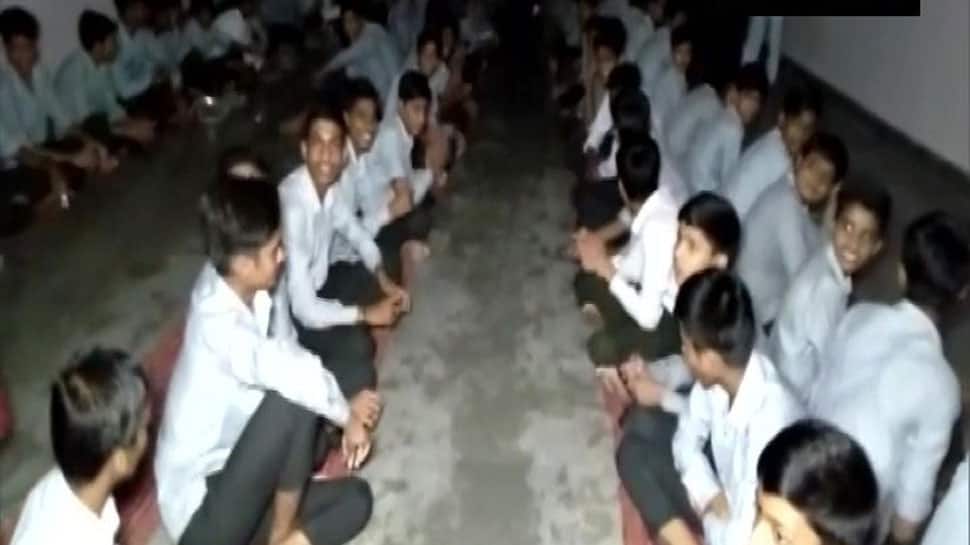 Chittorgarh: As many as 350 students and 50 teachers have been stranded in a school in Rajasthan's Chittorgarh for over 24 hours due to flood-like situation in the district following heaving rainfall in the region.

The students got stuck inside the school campus after the roads were blocked due to heavy discharge of water from Rana Pratap Dam. Lending a helping hand to the school students and teachers, the locals in the region are providing immediate assistance and food, news agency ANI reported.

Rajasthan: More than 350 students & 50 teachers are stuck at a school in Chittorgarh since yesterday, as roads are blocked due to heavy discharge of water from Rana Pratap Dam. Locals are providing immediate assistance & food to the students & teachers. pic.twitter.com/QbW5XJjJY5

Parts of Pratapgarh district are also facing a flood-like situation as Mahi and Jakham rivers are flowing above their normal mark, following incessant heavy rainfall in the region.

Rajasthan: Parts of Pratapgarh district are facing a flood-like situation due to rise in water level of Jakham and Mahi rivers following incessant heavy rainfall in the region. (14.09.2019) pic.twitter.com/Lcuege4FVb

On Saturday, the India Meteorological Department (IMD) had predicted "heavy to very heavy" widespread rainfall in east Rajasthan for Sunday.

"Fairly widespread to widespread rainfall and heavy to very heavy rainfall with extremely heavy falls at isolated places is very likely over East Rajasthan," the IMD had said.

The situation had worsened when the Gandhisagar Dam on Chambal river in Madhya Pradesh's Neemuch district reached its maximum water level on Saturday due to heavy rainfall.

The Central Water Commission Official Flood Forecast had deemed the prevailing situation at the Gandhisagar Dam as a 'crisis' and warned disaster management agencies to stay alert.

The water stored in Rana Pratap Sagar Dam, located in the downstream of the Gandhisagar Dam, had to be discharged amid a torrential downpour in the surrounding regions.

Meanwhile, low-lying areas of the Prayagraj got flooded after Ganga and Yamuna rivers began flowing near danger level mark at Sangam.