40 per cent Delhi-NCR residents want to live in other cities due to pollution: Survey

As many as 40 per cent residents of Delhi-NCR area do not want to live in the national capital due to deteriorating air quality whereas 16 per cent of them want to travel during the period when pollution reaches alarming levels, according to a survey. 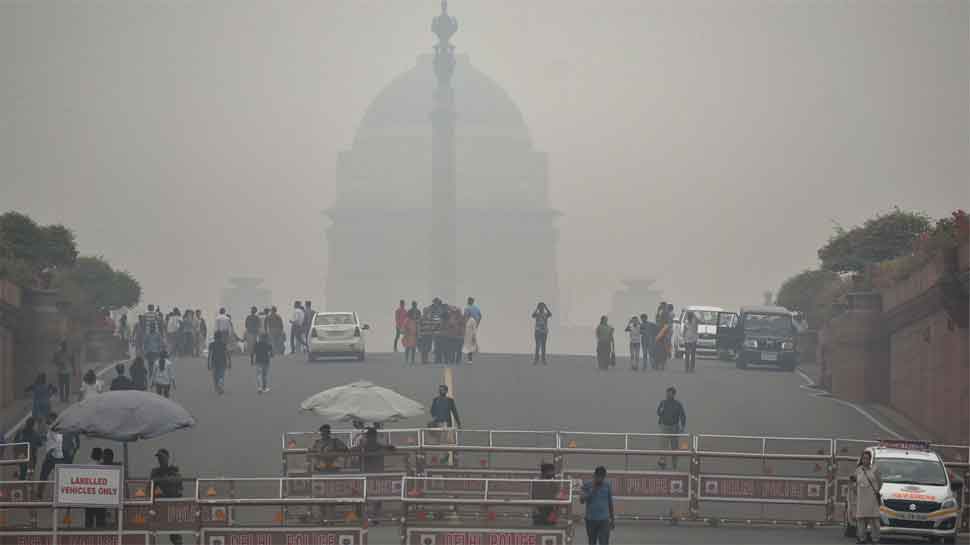 NEW DELHI: As many as 40 per cent residents of Delhi-NCR area do not want to live in the national capital due to deteriorating air quality whereas 16 per cent of them want to travel during the period when pollution reaches alarming levels, according to a survey.

The survey, which has been compiled on the responses by 17,000 people from Delhi and NCR region has found that 13 per cent people believe that they have no option but to live with rising levels of pollution.

Only 14 per cent people, as per the survey, have said that they were not affected due to rising levels of air pollution in their city.

"44 per cent respondents said they were having health problems related to pollution but have not visited a doctor or hospital and only 14 per cent people said they have had no impact of pollution on their health," according to the survey.

Air quality index (AQI) on Sunday worsened after the fresh spell of rains in Delhi and NCR region with pollution level in several parts of Delhi-NCR spiked up to the 'horrible' 1600 mark on Sunday afternoon. Several flight operations were also affected due to dense smog and low visibility. The Delhi airport said that at least 32 flights were diverted due to low visibility and heavy smog in the national capital. "Due to bad weather, flight operations affected since 9 am at Terminal-3 of Delhi Airport. 12 flights have been diverted to Jaipur, Amritsar and Lucknow," an Air India statement said.

Air quality in the national capital plummeted post-Diwali, which Delhi Chief Minister Arvind Kejriwal said was the lowest in five years.  On Sunday, Kejriwal urged the Centre to take immediate steps to provide relief to the people. He said his government will support all the initiatives taken by the Centre to control pollution. "Pollution has reached unbearable levels across North India. Delhi government taken many steps. Delhiites have made many sacrifices. Delhi suffering for no fault of theirs. Punjab CM also expressed concern. Centre should take immediate steps to provide relief. We will support Centre in all initiatives," he tweeted.