A Kohinoor paan worth Rs 5,000, meant for the newly-married

The paan also has a special liquid fragrance which is found only in West Bengal. 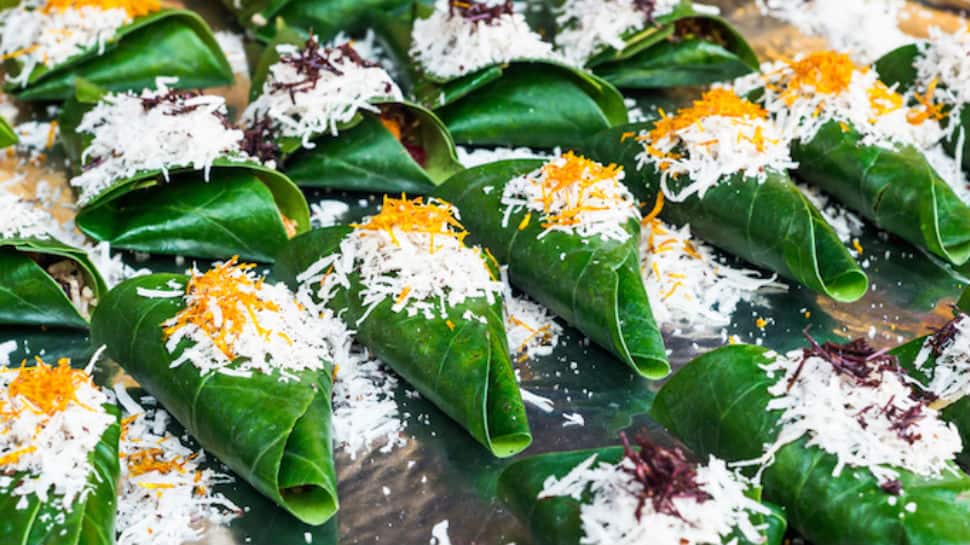 There’s a 50-year-old paan shop in Aurangabad, and is popular for a strange reason. Though there are 51 types of paan on the menu of the shop, one of it costs as much as Rs 5,000.

This paan, known as Kohinoor paan, is the highlight of the shop and people from different parts of the country converge to Tara Paan Centre to relish this delicacy. The star paan of the shop is primarily meant for newlyweds, and is also widely known as the ‘India viagra’.

Kohinoor paan is made of special ingredients. Among them are special kastoori which costs Rs 70 lakh per kilogram, saffron worth Rs 70,000 per kg and rose that costs Rs 80,000 per kg.

Apart from these, the paan also has a special liquid fragrance which is found only in West Bengal.

And then comes the main ingredient, a secret ingredient. Even the staff members of the shop do not know what the special ingredient is made of. Only two people know about the same – owner Mohammed Siddiqui and his mother.

It was Siddiqui’s mother who introduced him to the paan and its secret recipe.

“I did not sell that paan before marriage. After my marriage, my mother gave me that paan and said you should eat it, and then if you like it, you should sell it,” says Siddiqui.

And since then Siddiqui became fond of this paan and included it in the menu of his shop. It got promoted through word of mouth and at present, many newlyweds queue up outside his shop to buy the Kohinoor paan.

Even Siddiqui is aware of the cost factor of the paan and has, therefore, introduced a low-cost version of it, which is available for Rs 3,000. According to one of the staff members of the shop, the effect of the Rs 3,000 paan remains for just three days.

And if this is not all, the packaging of the paan is another showstopper. It is given to the customer in a specially designed box, with a bottle of Itra (perfume). Tara paan shop sells almost 10,000 paans everyday, which includes the famous Kohinoor paan.