The senior Congress leader Congress expressed his anger over the Centre's decision to scrap Article 370, which granted special status to Jammu and Kashmir. 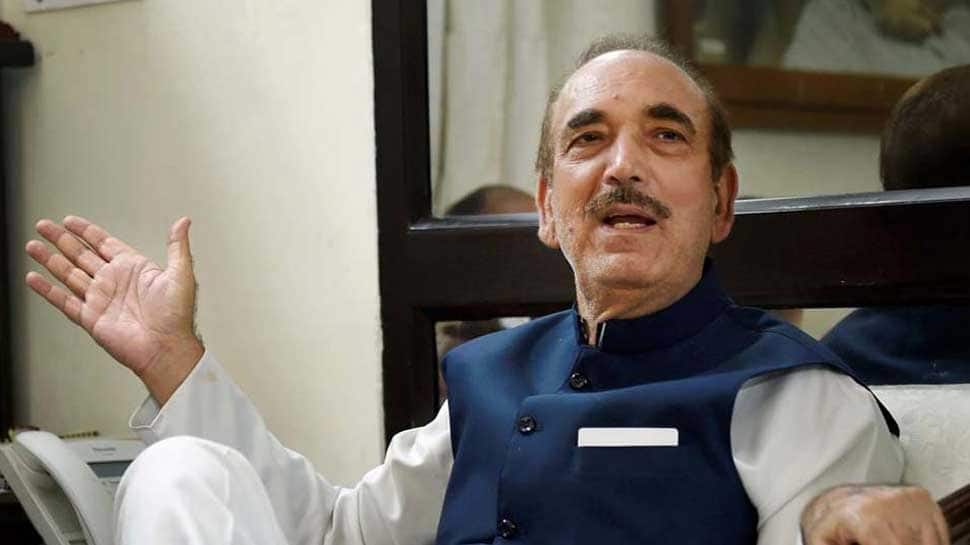 NEW DELHI: Senior Congress leader Ghulam Nabi Azad, who returned to New Delhi from Jammu and Kashmir on Thursday evening after he was stopped at the Srinagar airport and sent back earlier in the day, slammed the Centre for the situation prevailing in Jammu and Kashmir.

Visibly miffed, the senior Congress leader expressed his anger over the Centre's decision to scrap Article 370, which granted special status to Jammu and Kashmir.

Attacking the Narendra Modi-led NDA government, Azad said that the abrogation of Article 370 is a catastrophic move which has aggravated the miseries of the Kashmiri people.

It may be recalled that Azad and Gulam Ahmed, the Jammu and Kashmir unit chief of Congress, had gone to Kashmir for a meeting with party leaders despite restrictions, but they were stopped at the Srinagar Airport by the state administration and sent back.

Before leaving for Kashmir, Azad had said, "I always go (to Kashmir) after the end of the Parliament session. I have not asked anyone for permission. I am going to join the people in times of suffering."

Azad also expressed his anger against the Centre for its move to scrap Article 370 and claimed, "People of Jammu and Kashmir are angry. There is no internet, no WhatsApp, no vehicular movement. It is the first state where a law is passed after the imposition of a curfew."

Reacting to the pictures and videos of National Security Advisor Ajit Doval's interaction with locals in Kashmir's Shopian district, Azad had on Thursday said, "anyone can be brought along with money".

NSA Doval undertook a whirlwind visit to the terrorism-infested south Kashmir on Wednesday and was clicked while eating food on a footpath outside closed shops and talking to locals.

The pictures and videos went viral on social media. Reacting to I, Azad said, ''Paise dekar aap kisiko bhi saath le sakte ho (Anyone can be brought along with money)."

Slamming Azad for making such remarks, BJP national spokesperson Sambit Patra said, ''He should tender an apology for his remarks.''

BJP leader and MoS PMO Jitendra Singh too expressed a similar concern and said, ''He is a seasoned leader because to say something like this would amount to questioning the integrity of Kashmiris. Let's not forget resolution to abrogate Article 370 was passed by both Houses.''

It may be recalled that Azad's party has vehemently opposed the decision by the Center to revoke Article 370 stripping Jammu and Kashmir of its special status.

The Congress Working Committee (CWC) on Tuesday passed a resolution stating that the party disapproves the "unilateral, brazen and totally undemocratic manner" in which the Article was abrogated.

Both Houses have passed the bill bifurcating Jammu and Kashmir into two Union Territories and the resolution revoking Article 370.