After Karnataka, Goa crisis; Congress attempts at keeping its MLAs together in Madhya Pradesh

Alarmed over political developments first in Karnataka and then in Goa, the ruling Congress party in the state is making all efforts to keep its flock together. 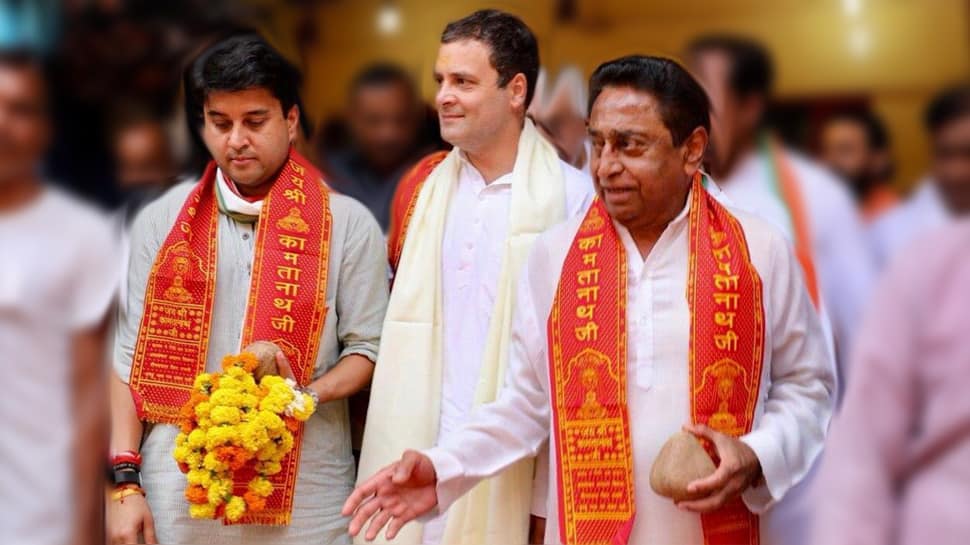 Bhopal: Alarmed over political developments first in Karnataka and then in Goa, the ruling Congress party in the state is making all efforts to keep its flock together.

A dinner was organised at the official residence of State Health Minister Tulsi Silawat on Thursday to show "unity" among various groups in the party. The dinner was attended by Chief Minister Kamal Nath, senior Congress leader Jyotiraditya Scindia, all the ministers and the MLAs of the party.

Besides them, the dinner was also attended by SP, BSP, and independent MLAs. The Congress government in the state enjoys a slim majority with their support. Though the Congress leaders have termed the dinner as "routine" development, many feel that the entire exercise was a well-crafted move to project that the party was a "united house".

A minister claimed that the state government would run for five years under the leadership of Chief Minister Nath. Finance Minister Tarun Bhanot also slammed the BJP over the recent crisis that has hit the Congress in Karnataka and Goa.

"They are displaying their character every now and then...be it in Goa, Karnataka, Manipur or Mizoram. They did a similar thing in Bihar. If we gather at a place for dinner, they see politics in it. They are desperate without power just like the condition of a fish is without water," he said.

Energy Minister Priyavrat Singh claimed that something different from what has happened in Goa and Karnataka might happen in Madhya Pradesh.

"Dinner was a routine thing. There is nothing to fear. Delhi is keeping an eye on the developments in Karnataka and Goa," Forest Minister Umang Singhar said.

BJP leaders, however, are predicting "weather change" in the state. BJP MLA Narottam Mishra said, "Monsoon has moved from Goa. Very soon, weather change will take place in Madhya Pradesh. They count their MLAs every day after waking up."

Another BJP MLA Rameshwar Sharma alleged the Congress government is doing destruction instead of development in the state.

BJP leader Yashpal Singh Sisodia also claimed that each minister has been deputed to "keep an eye" on four MLAs.BSP MLA Ram Bai, who has never hidden her displeasure with the government, said: "The government is not listening to us. Our family members have been implicated in false cases."