It is learnt that the BJP is set to convene another parliamentary party meeting on Monday morning before the start of the Assembly proceedings. 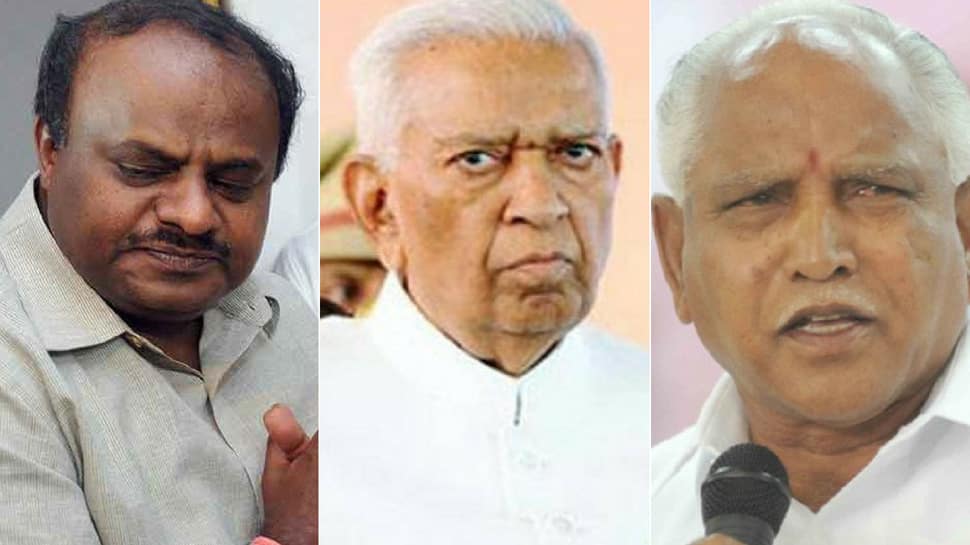 BENGALURU: The ongoing political drama in Karnataka is expected to end on Monday with nearly 14-month-old Congress-JDS coalition government set to face floor test in the Assembly. The leaders of both the camps i.e. JDS-Congress and the BJP are bracing for the crucial day and are making all efforts to bring numbers on their side.

Both Congress and BJP leaders held legislative party meetings in Bengaluru on Sunday to finalise the strategy before the all-important trust vote. It is learnt that the BJP is set to convene another parliamentary party meeting on Monday morning before the start of the Assembly proceedings.

All eyes will be on Assembly Speaker KR Ramesh Kumar who has been accused by the BJP of delaying the floor test in order to help the Congress-JDS coalition government. It may be recalled that the Assembly did not meet two deadlines set by Governor Vajubhai Vala on Friday to hold the trust vote. Karnataka Chief Minister HD Kumaraswamy moved to the Supreme Court on Saturday challenging the Governor`s directive to the government saying the Governor has no constitutional right to intervene in the proceedings of the Assembly.

Meanwhile, Chief MinisterKumaraswamy on Sunday made an emotional appeal to a group of dissenting ruling coalition MLAs who have resigned from his cabinet and are camping in Mumbai, to attend the assembly session on Monday. The CM also appealed the rebel legislators to expose the real face of the BJP, which he alleged had ''set a new benchmark in the country for immoral politics.'' The JDS leader made it clear that he was not buying time for the trust vote and was not ''power-hungry.''

The Congress-JDS government slumped into a minority earlier this month following the resignation of several dissident MLAs. Sixteen MLAs from the ruling coalition including thirteen Congress and three JD(S) MLAs have resigned. The state Assembly has 225 members, including one nominated MLA. The halfway mark in the 225-member Assembly is 113.

Kill the corrupt and those who looted Kashmir: J&K Governor Satya Pal Malik to terrorists