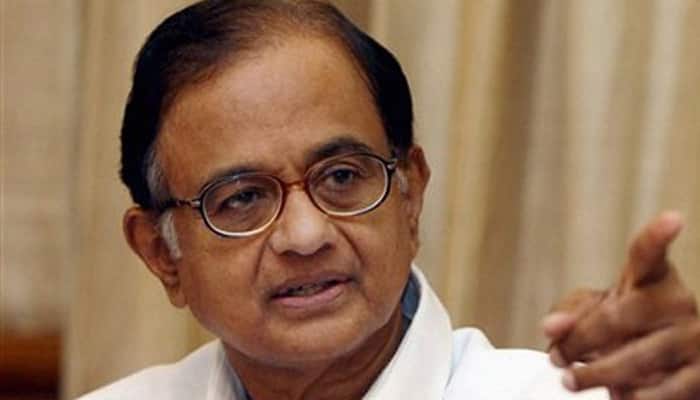 NEW DELHI: After attacking the Narendra Modi over sky-rocketing petrol prices, former Union Minister and Congress veteran P Chidambaram has now slammed the BJP dispensation's move to alter the civil service rules as 'unconstitutional' and something that will compromise the anonymity and objectivity associated with the prestigious exam.

''The government's proposal of allocating cadres and services to candidates selected under civil service examinations only after completion of foundation course will compromise the anonymity and objectivity associated with the exam,'' P Chidambaram said in a blog post.

''It will lead to the "preference" of the executive government playing a role in the selection process,'' the senior Congress leader said in his blog post on Wednesday.

"First, the proposed change appears to be unconstitutional as it is violative of Article 320. The selection for `appointment` to the service, now done solely by the UPSC, will be affected by the foundation course marks given by the executive government," Chidambaram wrote in a blog post.

"I doubt if the proposed change can be implemented without amending Article 320," he said.

The Congress leader said the move will "greatly" affect the anonymity and objectivity of the selection process.

"Preference of the executive government and subjectivity will play a role in the allotment of service and cadre. Neither factor is desirable. There is a clear and present danger," he said.

The All India Services (IAS, IFS, IPS and IFoS) have their strengths and weaknesses but, by and large, they have served the country well. One of the reasons is that the examination, interview, selection, allotment of service and allotment of cadre are done by, or on the recommendation of, the UPSC — and is believed to be totally objective.

Currently, the written examination carries the bulk of the marks — 1750. The personality test (the interview) carries 275 marks. The total is 2025. Based on these marks, the successful candidates are declared and the Service and the Cadre are allotted taking into account the choice of the candidate. There is anonymity in the written examination and there is objectivity because the examination and the interview are conducted by the UPSC. The Executive has absolutely no role to play. This is consistent with Article 320 of the Constitution of India which mandates that

Candidates from humble backgrounds, from all regions/States, speaking different languages, and belonging to different faiths and communities have joined the All India Services and served in all parts of India. There have been no serious complaints about the examinations or the selection or the allotment of Service/Cadre. The few and rare mistakes have been corrected by the Courts.

Under the change proposed by the PMO, FC marks will be taken into account for allocation of Service and Cadre. The 300 marks — that may be increased — have the potential to alter the allocation currently based on the 2025 marks.

Secondly, anonymity and objectivity will be greatly affected. ‘Preference’ of the Executive government and ‘subjectivity’ will play a role in the allotment of Service and Cadre. Neither factor is desirable. There is a clear and present danger.

Is the central government planning another disruption? And if yes, why?''

The Department of Personnel and Training has written letters to all cadre-controlling ministries seeking their comments on the Prime Minister's Office proposal asking if probationers should be allocated the services and cadre after reviewing their performance in the three-month foundation course besides the score obtained in the Civil Services Examination.

Chidambaram today claimed that it was possible for the Government to slash up to Rs 25 per litre in petrol prices but it won't do so.

In a series of tweets, the former Finance Minister said the bonanza to central government is Rs 25 on every litre of petrol and this money rightfully belongs to the average consumer.