All relief efforts being made for people affected by Patna floods: CM Nitish Kumar

"We are extending every possible relief effort to the people affected by the floods in the city. We are doing everything we can. No one is sitting idle. This is a natural calamity which was magnified by climate change," Kumar told media persons outside the camp. 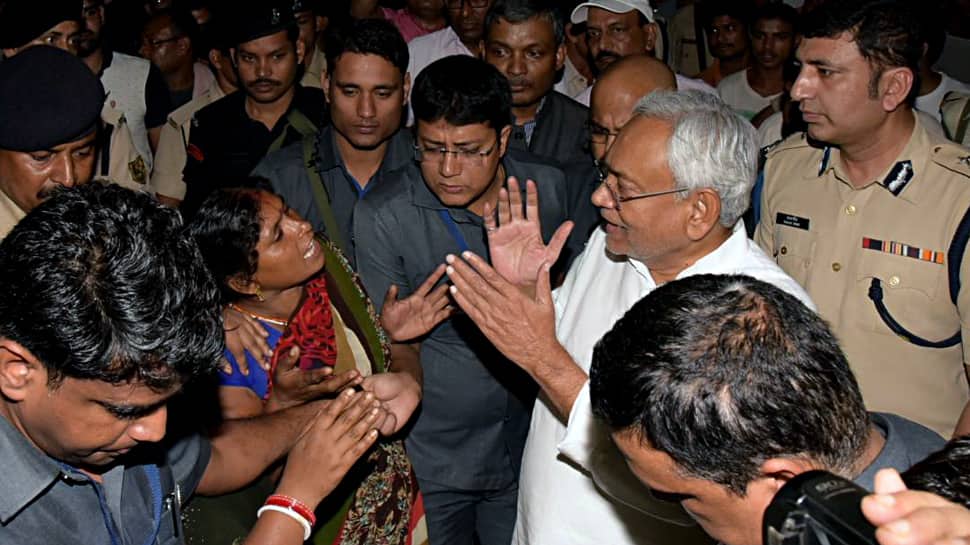 Patna: Bihar Chief Minister Nitish Kumar on Tuesday visited the flood relief camps set up at Krishna Memorial hall here and said that all relief efforts are being made for the affected people in the city. "We are extending every possible relief effort to the people affected by the floods in the city. We are doing everything we can. No one is sitting idle. This is a natural calamity which was magnified by climate change," Kumar told media persons outside the camp.

He said that pumps are also being brought to drain the water from the city. Narrating the situation in Bihar, the Chief Minister said, "Over 12 districts were affected by a flash flood in July this year. After that, several parts of the state were hit by drought. Now, several districts are affected by swelling of Ganga river and amid that heavy rains caused floods in Patna."

He said that the state government has been dealing with everything to its best capability. When asked about his response on the casualties due to the floods, Kumar said that floods happen in many parts of the country and around the world. "Is water in some parts of Patna the only problem we have? What happened in America?" he added.

Earlier on Tuesday, water also entered into the residence of state Health Minister Mangal Pandey in Patna. On Monday, Bihar Deputy Chief Minister Sushil Modi and his family were bailed out by National and State Disaster Response Forces (NDRF) as they were stranded after flood-water burst into their house.

Five NDRF teams have been deployed in Rajendra Nagar and Kankarbagh areas of Patna to assist people facing difficulties while Indian Air Force helicopters are dropping relief material to the flood-affected areas of the state. According to the Bihar State Disaster Management Authority, at least 40 people have died in the state due to floods so far.