Telangana Chief Minister K. Chandrasekhar Rao on Saturday said an alternative to both BJP and Congress would emerge soon to bring qualitative change in the Indian politics. 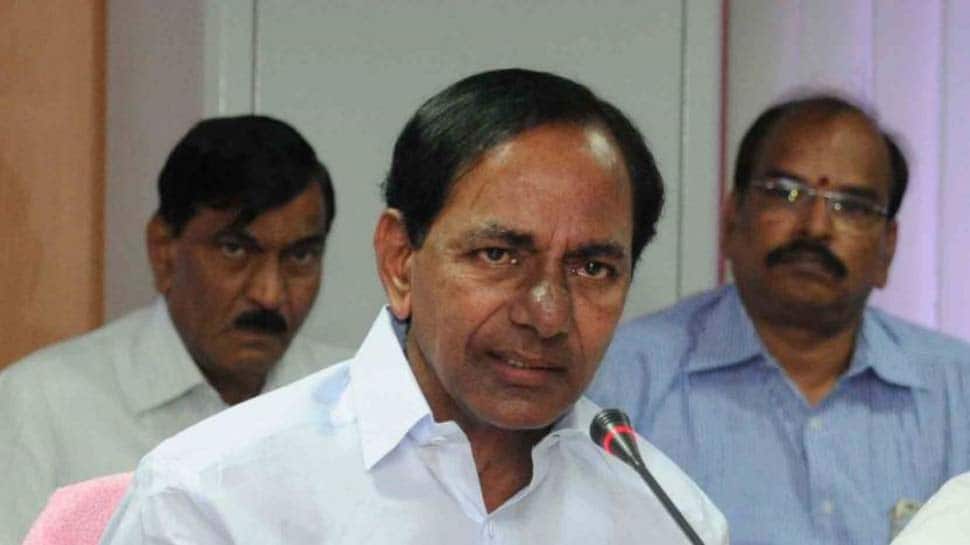 HYDERABAD: Telangana Chief Minister K. Chandrasekhar Rao on Saturday said an alternative to both BJP and Congress would emerge soon to bring qualitative change in the Indian politics.

He told reporters that the talks in this regard had already started and it would soon take some shape.

The Telangana Rashtra Samithi (TRS) President claimed that people want change as the present political system had miserably failed and said he was ready to play an active role in bringing that change.

"I am 64. If I can help bring the change and serve the country for few years, I will definitely do it," he said.

KCR, as Rao is popularly known, believes that the once the process for change begins, it will spread like wildfire.

"The country has to move in new direction. People should think about it otherwise we will remain the same. How long we will hear stories of the progress in the US and China," he asked.

"Change should come in the people. The tools for this change could be coalition, front, or anything," he said.

Stating that there is no difference between the BJP and Congress, he said these two parties were in power for almost the entire period since independence but even after 70 years there is no qualitative change.

"No qualitative change could be seen by people even after 70 years of democratic exercise. This is unfortunate. People are vexed now," he said.

The TRS chief did not attach any significance to Saturday`s results in three northeastern states, where BJP has done well. "You will have different results in different states," he said.

He said BJP could bring no changes. He criticized it for not doing anything for farmers.

"If tomorrow Congress comes to power, nothing will change. Only the names of the schemes will change," he said.

"Qualitative change is not taking place in both the regimes. What has happened so far is unsatisfactory. Why there are naxalites in this country. Why there is so much unrest. Why there are social fights everywhere. Why Dalits and tribals are fighting," he asked.

KCR also did not rule out joining hands with Telugu Desam Party (TDP), a partner in BJP-led NDA government at the Centre. TDP, the ruling party in neighbouring Andhra Pradesh, has threatened to walk out of the alliance over the BJP not fulfilling the commitments made to the state.

Recalling that he was the first Chief Minister to support demonetisation, KCR said he thought it will yield dividends and curb black money. Similarly, he supported Goods and Services Tax (GST) as he thought the move would improve taxation.

KCR said he had nothing personally against Prime Minister Narendra Modi and described him as his best friend.

"I have nothing against Modi or BJP. I am against the slow progress of the country. The slow pace of progress is not digestible," he said.

The Chief Minister denied making comment in his recent speech in Karimnagar to insult Modi, saying he had respect for him.

KCR, however, found fault with the BJP leaders who are targeting him for criticizing Modi. "This is democracy. When there is a situation, we can criticize the prime minister," he said.

The TRS president said that he doesn`t recognize BJP as a political party in Telangana. He termed as joke the statements of some BJP leaders that BJP will come to power in the state in the next elections.