Home Minister Amit Shah, who is on a two-day visit to the state, reviewed the overall security situation in the state with special emphasis on restoration of peace in Kashmir and counter-insurgency operations, the officials said. 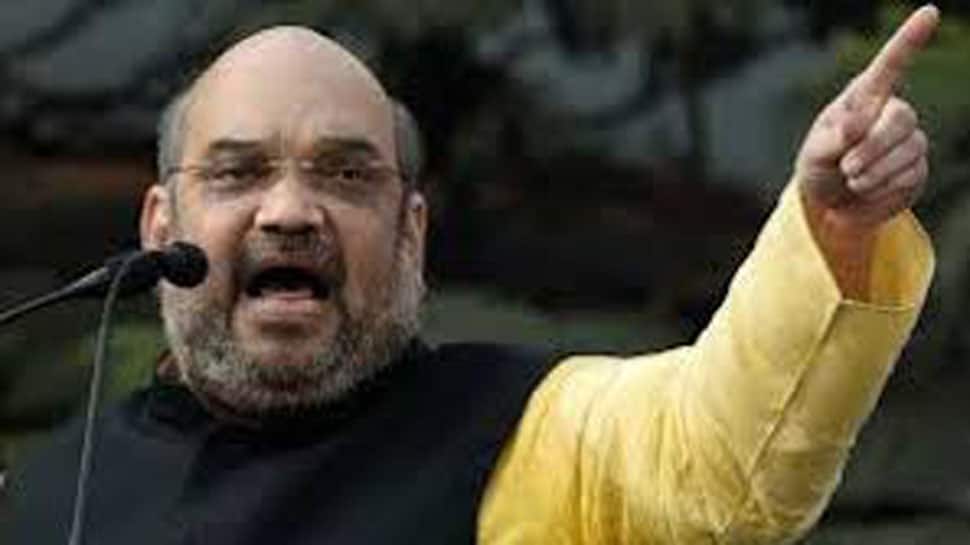 The Home Minister, who is on a two-day visit to the state, reviewed the overall security situation in the state with special emphasis on restoration of peace in Kashmir and counter-insurgency operations, the officials said.

The Home Minister earlier visited the family of Jammu and Kashmir Police inspector Arshad Ahmed Khan, who was killed in a terror attack in Anantnag on June 12. Amid tight security arrangements, Shah visited the family in Balgarden area of the city.

The area was cordoned off for the home minister's visit. Khan, 37, was injured in the terror attack and later flown to Delhi in an air ambulance for specialised treatment. However, he succumbed to injuries at the All India Institute of Medical Sciences (AIIMS).

Khan is survived by wife and two sons, aged four and one. Five CRPF personnel were killed in the terror attack, in which a lone Jaish-e-Mohammed (JeM) terrorist targeted a patrol team of the paramilitary force.

Shah has also met panchayat representatives who were elected in the grass root level polls last year. He arrived here Wednesday on his maiden visit to the state after taking over the charge of the Home Ministry, signifying the importance given to Jammu and Kashmir by Prime Minister Narendra Modi's government.

This was Shah's first official visit outside the union capital after assuming charge. Breaking away from protocol, the state Governor, accompanied by his advisors and some top officials of the state administration, had received Shah at the airport, officials said. Governors in the past have normally only received the Prime Minister.

The home minister on Wednesday reviewed the security arrangements for Amarnath yatra, which commences on 1 July.

He had also reviewed the developmental works including the Rs 80,000 crore Prime Minister's Development Package announced by Narendra Modi for the state in 2015.