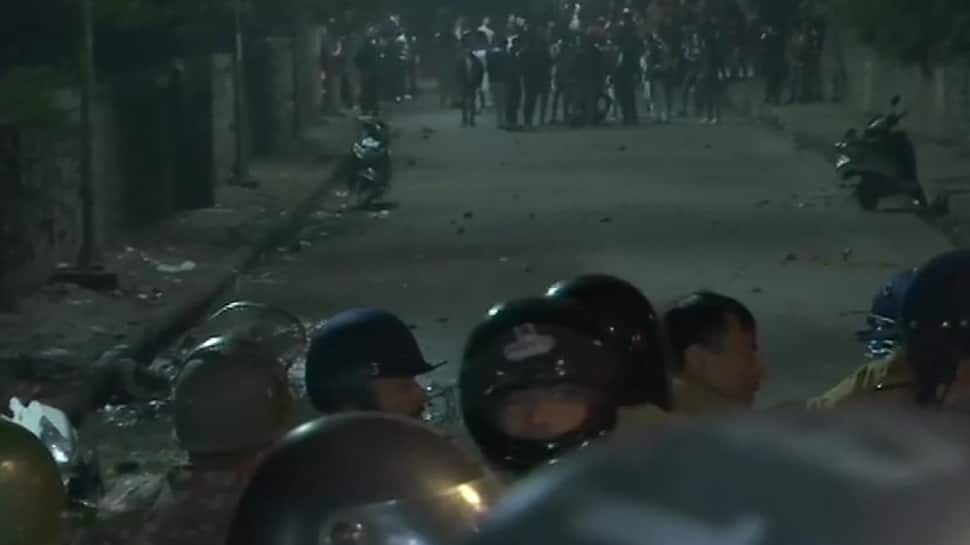 Talking to media, Biswal added that the protesters resorted to stone-pelting and around six policemen have been injured. He, however, did not reveal the identities of the injured policemen.

Defending the police action to resort to lathi charge on the protesters, the senior Delhi Police official said that the policemen were only trying to push the mob back in order to restrore law and order in the area. Biswal stressed that the police did not target any students of Jamia Millia Islamia.

"Our only interest is to push the mob back, so law and order can be restored in the area. We have no problem with university (Jamia Millia Islamia University) students," noted Biswal.

When asked if the police opened fire at the protesters, Biswal said that no firing was done by the policemen. "There has been no firing absolutely. It is a false rumour that is being spread," he said, adding that the mob caused arson, set motorcycles ablaze and attacked policemen. According to Biswal, some protesters have been detained.

Delhi Deputy Chief Minister Manish Sisodia has tweeted that all schools in Okhla, Jamia Nagar, New Friends Colony and Madanpur Khadar will remain closed on Monday (December 16) due to the tense situation.