Fruits and dry fruits contribute 8% to J&K's GDP. 80% of all apples produced in India come from J&K. But terrorists and anti-India elements now seem to seek to use under-hand means to target this in a bid to portray a dismal image to the world. Often, some opposition leaders unwittingly end up propagating this nefarious agenda.

Since the revocation of Article 370 on August 5, Centre has been relentlessly working towards ensuring peace, progress and prosperity of Jammu and Kashmir and its people. The government has been working overtime to understand the needs and aspirations of the locals even as some opposition leaders have been crying foul. One such politician is Ghulam Nabi Azad who recently claimed that tourism and the business of orchards have suffered enormously in the past several weeks.

While Azad's claims may have some iota of truth considering since Article 370 was revoked, it is not that the situation here has returned to complete normalcy. However, Azad's statement is also highly unlikely to be completely accurate or based on facts.

So, what are the facts, especially of J&K's renowned orchards which supply some of the finest apples in the world?

J&K grows 19 lakh metric tonnes of apples each year which is 80% of all apples produced in the country. Thanks to this, India is the world's fifth-largest apple producing country. 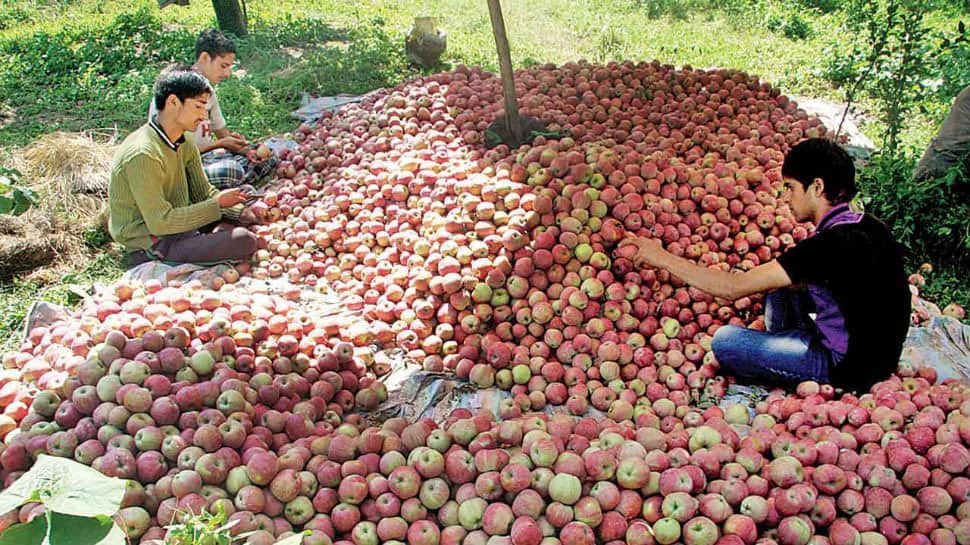 Clearly then, apples and orchards form a significant part of J&K's economy and developments in the recent weeks may well have had some degree of impact here. Sweeping statements made by some opposition leaders, however, paint a panicky narrative, especially when provided without the help of hard facts and numbers. Often, it also compliments the narrative that nefarious elements are seeking to propagate.

For instance, terrorists in Shopian just this Monday threatened the owner of an apple orchard and said that he must not send the produce outside the Union Territory of J&K. At the time, the owner was loading a vehicle with apples from his orchard. While this may be the first of such an incident in the Valley, the motive of terrorists is clear - to show a false image of J&K to the world and falsely claim that there is no normalcy here. When Indian politicians like Azad make statements about economic losses, the agenda of terrorists and other anti-India elements - unwittingly - spreads and gets emboldened.