Namgyal, 34, is one of BJP`s key voices in the Ladakh region. 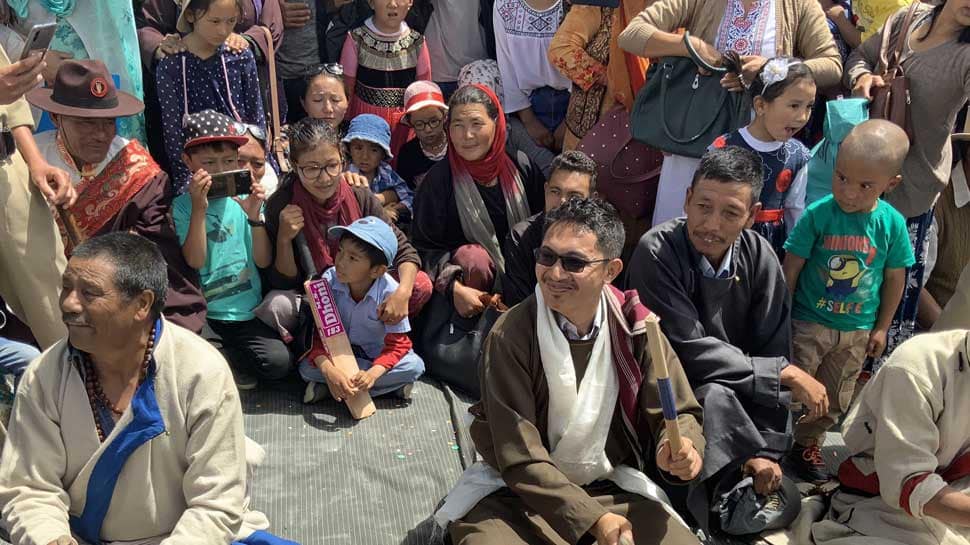 Ladakh: Member of Parliament from Ladakh, Jamyang Tsering Namgyal, whose speech in the Lok Sabha was widely lauded by BJP members, on Thursday said that Article 370 that accorded special status to the region had degraded the "Ladakhi culture" and never recognised their language.

In his speech, Namgyal clearly stated that through abrogation of Article 370, the mistakes made by India`s first Prime Minister Jawaharlal Nehru will be rectified by Narendra Modi-led BJP government.

Namgyal, 34, is one of BJP`s key voices in the Ladakh region.

The entire atmosphere was filled with patriotic spirit and unity. So, we decided to celebrate Independence Day in traditional Ladakhi style through the beating of the daman and surna

These celebrations are just a trailer for the development of #NewLadakh pic.twitter.com/zDN6h6yYUV

He has grown ranks within the party as he was an active student leader with associations to the Bharatiya Jan Yuva Morcha (BJYM) as well as All Ladakh Student Association.

"In 1948, Buddhist Association of Ladakh had requested Nehru not to merge Ladakh with Jammu and Kashmir, but Nehru did not listen to our request. Thus, Ladakh became a part of the Valley, and was ruled from Srinagar," Namgyal said.

He told the lower house that the people of Ladakh have been neglected for the last seven decades.

"The people of Ladakh have been demanding and fighting for the status of Union Territory for the last 71 years. All political parties of Ladakh wanted the UT status," the parliamentarian added."

He said there were no jobs for the Ladakhis," he said while questioning the leaders of opposition parties that how many Ladakhis got employment in Civil Secretariat of Jammu and Kashmir.

He highlighted the misuse of Article 370 by the governments in Jammu and Kashmir. "The portion of funds meant for Ladakh was spent in Kashmir and Ladakh did not get anything," said Namgyal.

"The National Conference, People`s Democratic Party, and the Congress had never sought for a solution to the problem because these parties were themselves a part of the problem," he added.

Namgyal also said, "The Indian Tricolour is our identity. The nation will now have a common flag - "do nishan, do vidhan, do pradhan" nahi chalega."