Arun Jaitely refers to US' strike on Pakistan, says India can also recreate Abbottabad like attack 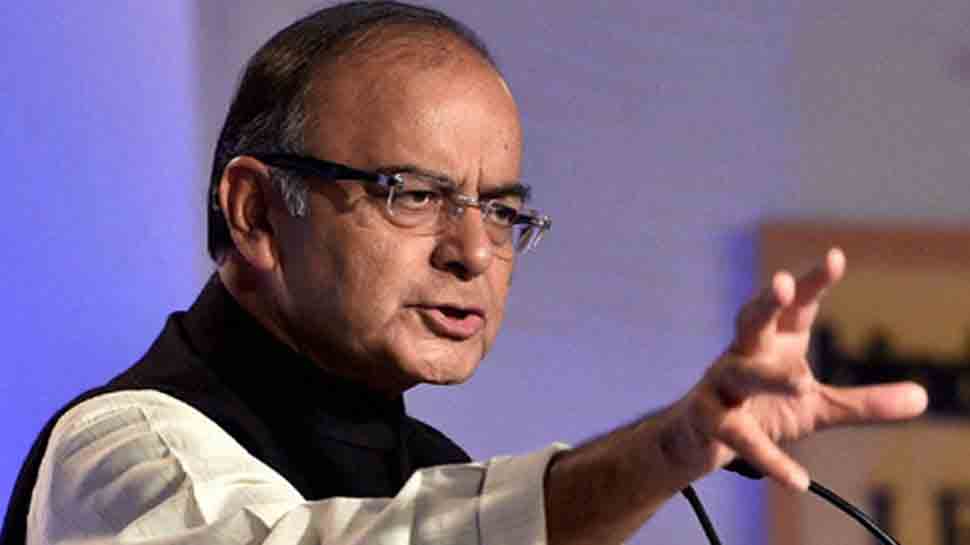 New Delhi: Amid mounting tensions between India and Pakistan following the Pulwama terror attack and Indian Air Force strike on Jaish-e-Mohammed's training camp in Pakistan's Balakot, Union Finance Minister Arun Jaitley on Wednesday warned the neighbouring country saying if American can kill Osama bin Laden then why can't India we do it.

"I recall how the United States seals took away Osama bin Laden from inside Abbottabad in Pakistan. We would think why can't we do it? That was the thought. In the current situation, we know we can do it," Jaitley said in the national capital today.

In the meantime, several reports claimed that Pakistan Energy Minister called an emergency meeting to discuss the shortage of oil supplies for its defence forces. Pakistan's Civil Aviation Authority spokesman Mujtaba Baig told PTI that flight operations in Punjab and Khyber Pakhtunkhwa provinces have been suspended for an indefinite period. He said the flight operations from and to Lahore, Sialkot, Faisalabad, Multan and Rawalpindi/Islamabad airports have been suspended. The planes which had left from foreign destinations for these airports have been diverted to the safer airports, he said.

At least 40 Central Reserve Police Force troopers were killed in a suicide attack by Pakistan-based Jaish-e-Mohammed (JeM) in Jammu and Kashmir's Pulwama district on February 14, sparking outrage in the country.

Earlier today, three Pakistani Air Force jets Wednesday violated the Indian air space and crossed the Line of Control to enter Jammu and Kashmir. According to senior officials, the jets entered Poonch and Nowshera sectors but were pushed back by Indian Air Force aircraft patrolling the area.

The jets reportedly entered up to two kilometres inside the Indian territory but fled after they were intercepted by the IAF fighters. The Pakistani jets also dropped bombs while fleeing but there is no report of any casualty or damage to property, officials told news agency PTI.

The Army and BSF have been put on the highest degree of alertness along the border here after air space violations by the neighbouring country and the night-long heavy firing and shelling by Pakistani troops on forward and civilians areas across the LoC which stopped on Wednesday.

All residents of the border areas have been asked to remain inside their homes and not venture outside.