Four Army columns were deployed in the capital while authorities suspended internet services across the state to avoid the spread of fake news. 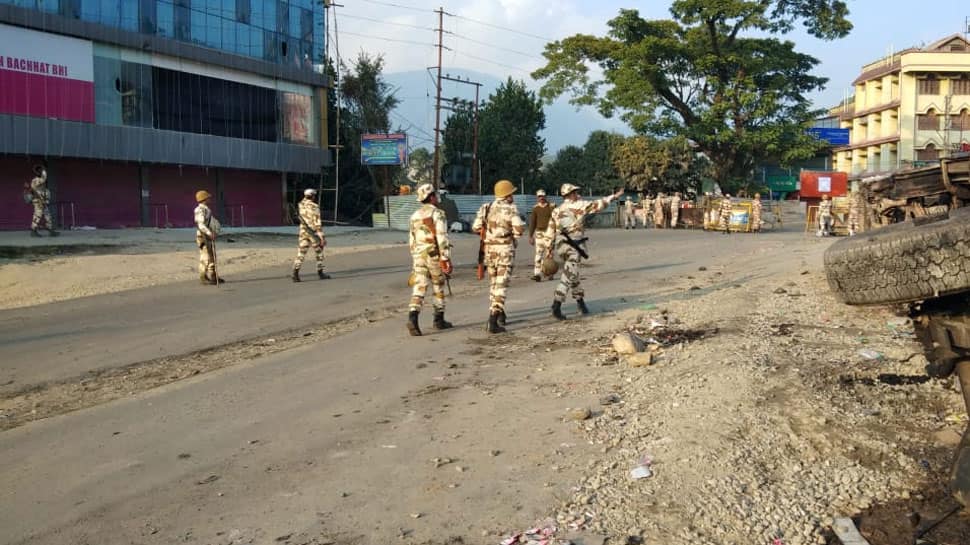 "We have extended the curfew till 9 a.m. on Wednesday to calm the prevailing law and order situation," Itanagar Capital Complex Deputy Commissioner Prince Dhawan told IANS, expressing hope that the situation might soon return to normal.

Authorities on Saturday imposed an indefinite curfew in Itanagar and Naharlagun as demonstrators protesting against the government`s PRC move went on the rampage, indulging in arson and stone pelting.

One person was killed after sustaining a bullet injury in Naharlagun.

"What is the point of attending the all-party meeting when the Chief Minister (Pema Khandu) refused to listen to our voice against granting PRCs to six non-Arunachal Pradesh Scheduled Tribes communities in Namsai and Changlang districts," NPP MLA Mutchu Mithi told IANS.

Accusing Khandu of indulging in "petty politics despite the volatile situation in the state", State Congress chief Sanjoy Takam said: "How can one attend a meeting without getting any written or verbal communication?

"In fact, I learnt about the meeting only when an Officer on Special Duty to the Chief Minister rang me up at 11.15 a.m. requesting me to attend the meeting, which was slated at 11 a.m."

"Isn`t it petty? The Chief Minister is not serious enough even in such a grave situation," Takam said.

On Sunday, the Arunachal Pradesh government froze its decision on the controversial PRC that triggered widespread violence for a third day, leading to the torching of the Deputy Chief Minister`s house.

Chief Secretary Satya Gopal said in a statement: "Considering the present situation..., the government has decided that no further action shall be taken in respect of grant of PRC."

Appealing for peace, Mishra said: "Arunachalis have always demonstrated their rationality, sagacity and maturity in their conduct under all circumstances."

He advised the state government to take all precautionary measures to prevent further mayhem.

Four Army columns were deployed in the capital while authorities suspended internet services across the state to avoid the spread of fake news.

The protests were called on Friday evening by 18 student and civil society groups to mount pressure on the Khandu government to scrap the PRC granting decision.

The protestors alleged a committee led by Environment and Forest Minister Nabam Rebia had submitted its report on PRC without proper verification of facts.