The Jammu and Kashmir BJP Thursday alleged that Mehbooba Mufti carried out anti-national activities and promoted a pro-Pakistan agenda in the state as the chief minister of the BJP-PDP government, and demanded she be probed and tried for treason. 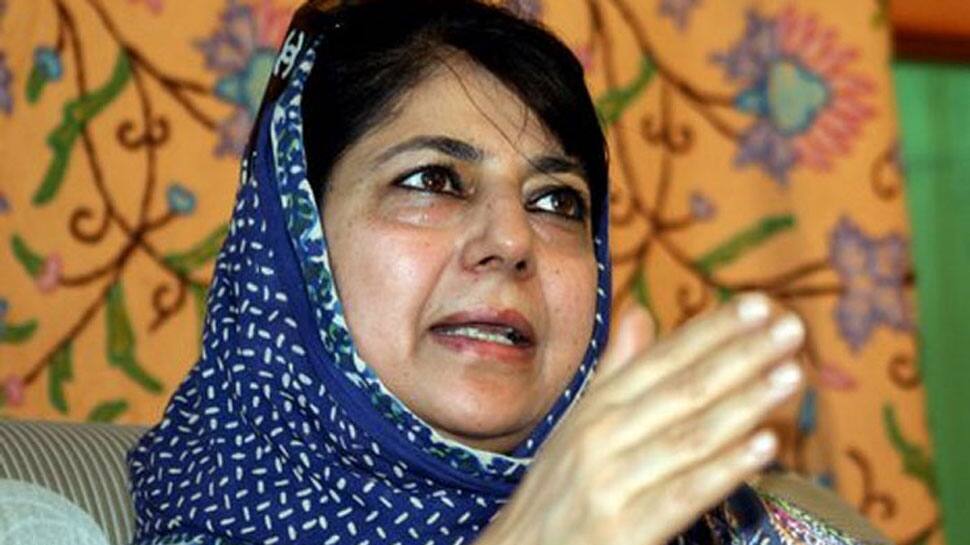 JAMMU: The Jammu and Kashmir BJP Thursday alleged that Mehbooba Mufti carried out anti-national activities and promoted a pro-Pakistan agenda in the state as the chief minister of the BJP-PDP government, and demanded she be probed and tried for treason.

BJP spokesman Brig (Retd) Anil Gupta, whose party was an ally in the government headed by Mehbooba, alleged that as the CM she played divisive and communal politics in Jammu and pursued the agenda of separatists in Kashmir.

"It was for this reason that she held the Home portfolio (as well) and did not even have a Minister of State despite the state being infested with terrorism," he charged in a statement.

Mehbooba served as the first woman CM of the state from April 4, 2016 to June 19, 2018 before the BJP pulled out of the alliance, citing discrimination with the Jammu and Ladakh regions.

"While she was wearing the mask of a nationalist and occupied the highest chair in government, she actually was betraying the nation by carrying out anti-national activities and compromising the national interests," Gupta said.

He also said when it became obvious she was playing a "double-game", the BJP lost no time to "disgrace her by withdrawing from the coalition".

He said her role in the killing last year of journalist Sujaat Bukhari also needs to be investigated as he reportedly met her a couple of days earlier and apprised her of the threat to his life.

Referring to the statements of the PDP chief allegedly boasting about preventing the Centre from acting against the Hurriyat and the Jamaat-e-Islami (JeI), forcing the release of first-time stone pelters and cessation of military operations during 'Ramzan', Gupta said it was a clear cut case of "betrayal" of faith the Union government imposed in her as the Chief Minister of a state.

After the Centre banned the JeI, Mehbooba had said, "We had not allowed the BJP to do whatever it is doing now. But unfortunately there is no one to stop them (now)."

The BJP spokesman added, "A thorough investigation should be held on her role as a chief minister and the harm she has done to the nation. Based on the findings of the investigation, she should be tried for treason."

He also claimed that Mehbooba confessed she obstructed the Centre from acting against the Hurriyat and the JeI. "If a leader like Sheikh Mohammad Abdullah (the National Conference founder) can be tried for treason, what prevents a similar action against Mufti," Gupta asked.

He claimed Mehbooba has time and again confessed her role in promoting pro-Pakistan separatist agenda in the state while she was the CM and betrayed the oath of loyalty and secrecy.

"While in Jammu, she was busy playing divisive and communal politics by attempting to break centuries old brotherhood, bonding and bonhomie between the Gujjars and Dogras, in Kashmir she was relentlessly working for JeI and pursuing the agenda laid down by Hurriyat," he alleged.

Ever since its inception, he said, the JeI has been promoting a pro-Pakistan agenda and questioning the state's accession to India.

"It is also responsible for encouraging separatism and terrorism with Hizbul Mujahideen as its armed wing. The JeI is a fascist-religious organisation which proudly proclaimed 'Azadi Barai Islam' (Freedom based on Islamic principles) as its motto on its website," the BJP leader said.

He alleged Mehbooba also confessed she did not act against JeI leaders despite instructions from the Centre based on intelligence inputs on their "anti-national activities". "Most of her senior party colleagues were also surprised by her dual face and deserted her soon (after the BJP quit the alliance)," Gupta claimed.