Union Home Minister Amit Shah on Tuesday refused to back down on its Citizenship Amendment Act implementation, saying that the government will provide citizenship to persecuted minorities from Pakistan, Bangladesh and Afghanistan at any cost 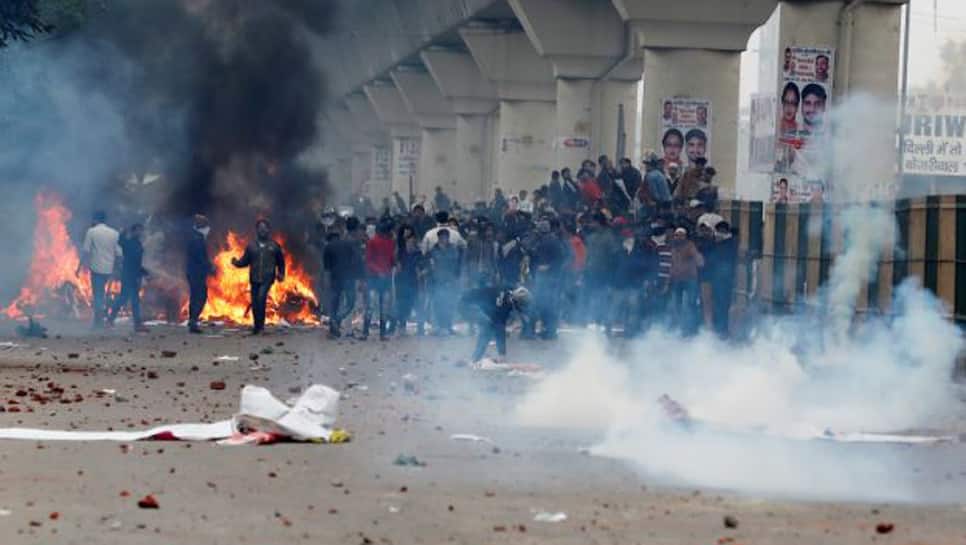 Amid raging protests in different parts of the country, including Delhi, against the Citizenship Amendment Act (CAA), Union Home Minister Amit Shah on Tuesday refused to back down on its implementation, saying that the government will provide citizenship to those minorities who have faced persecution in Pakistan, Bangladesh and Afghanistan for their religious beliefs. Shah also slammed the Congress and other opposition parties for misleading the people of the country on the new legislation.

"Come what may, the Modi government will ensure that these refugees get Indian citizenship and live as Indians with honour," Shah said during a rally at Delhi's Dwarka today. "The entire opposition is misleading the people of the country. I reiterate that there is no question of taking away the citizenship of any person from any minority community. There is no such provision in the bill," said the Union Home Minister.

"I want to say to Congress party that this was part of Nehru-Liaquat pact but was not implemented for 70 years because you wanted to make vote bank. Our government has implemented the pact and given citizenship to lakhs and crores of people," he added. Shah also urged the students to read the Bill and not to believe in the false information being spread over the issue.

On Tuesday, violent protests erupted in Seelampur area of east Delhi with agitators pelting stones on vehicles and buses, following which police fired tear gas shells to disperse the mob. "Violent protests erupted around 1.30 to 1.45 p.m. when the protesters were going back after holding a peaceful protest. But suddenly some miscreants present in that protest then pelted stones on buses following which the police had to fire tear gas shells to disperse the violent protesters," Delhi Police spokesperson Anil Mittal told IANS.

Visuals from the spot showed many people seemingly injured during the stone-pelting. According to the Delhi Police sources, police didn't fire even a single bullet and only carried out a baton charge and tear gas shells to disperse the crowd.

In a related development, Prime Minister Narendra Modi on Tuesday accused the Congress of spreading violence and creating "an atmosphere of lies to scare Indian Muslims" in the name of CAA. "This act is for those people who have been in a very miserable condition for a long time. The Act we made is for the people who have been suffering religious persecution in the three neighbouring countries and have come to India because of it. So where is the infringement of rights od any Indian Muslim or any other Indian," said PM Modi at an election rally in Jharkhand.

Meanwhile, a delegation of 19 opposition leaders on Tuesday met President Ram Nath Kovind and urged him to ask the Narendra Modi-led government at the Centre to roll back the legislation. Addressing the media after the meeting, Congress` interim President Sonia Gandhi said that the whole country is agitating on the CAA, and the opposition was anguished with the police action against the protesters in the northeast and in Delhi.

"Delhi is an example where the police has trespassed into the Jamia women`s hostel and dragged them out.... they have beaten up students mercilessly, you have seen that the Modi government seems to have no compassion when it comes to shutting down people`s voices," she said.

Earlier on Tuesday, the Supreme Court refused to interfere in the violence at Jamia Millia Islamia (JMU) and Aligarh Muslim University (AMU) during the anti-Citizenship Act protests and asked the petitioners to approach the high courts of the respective states. The apex court gave the direction to the petitioners during a hearing on the pleas seeking action against the police for beating up the students on December 15.

The court directed that the concerned High Courts will be at liberty to appoint former judges of either Supreme Court or High Court for the purpose of the inquiry. It also added that having regard to the nature of the matter and the vast disputed area, we find it would not be feasible to appoint a single committee to go into the matter in different states. This will entail the collection of evidence from various states.