"Is the government approaching us or was its minister's statement for press only?" asked the NGT on Monday morning. The Delhi government had said it would file a review petition to allow exemptions to be given under the traffic management rule. 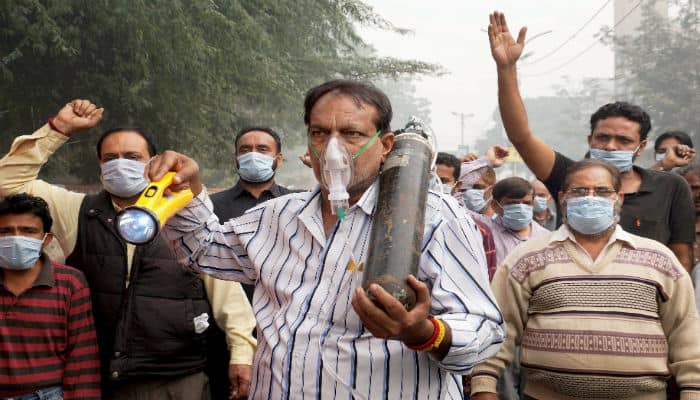 New Delhi: On a heavily polluted Monday morning when children coughed their way to schools, the National Green Tribunal (NGT) said that it was still awaiting a review petition on the odd-even plan from the Delhi government.

The odd-even traffic management plan was scheduled for five days in Delhi starting Monday before being shelved by the Arvind Kejriwal government because of exemptions given. The NGT had said no exemptions must be given leading to Delhi government highlighting pressure on public transportation and safety for women. It said it would file a review petition to allow exemptions to be made. None had been made at the time of filing this report.

The NGT - which has come down on the Delhi government with a heavy hand for the toxic air quality in the city - said that it was yet to receive any petition. It also questioned if plans for such a review petition was only for media consumption. "Delhi Government has still not moved modification application on NGT on the issue of odd-even," the NGT said. "Is the government approaching us or was its minister's statement for press only?"

Delhi's Transport Minister had, on Saturday, said that the review petition would be filed.

The NGT had also previously questioned the effectiveness of implementing the odd-even plan. It had said it is a step too late and that benefits from its first two rounds must be elaborated upon.

Meanwhile, after a minor dip in high pollutants in Delhi air, AQI levels across the city once again began climbing. While schools across NCR were shut for most parts of last week, most reopened on Monday despite the high PM2.5 levels. At 1100hrs, almost every monitoring station across NCR recorded the levels at above 500 - 10 times the 'safe' level.