Azad was arrested on Tuesday at Deoband in Saharanpur but had to be admitted in a hospital in Meerut after he was taken ill, police said. 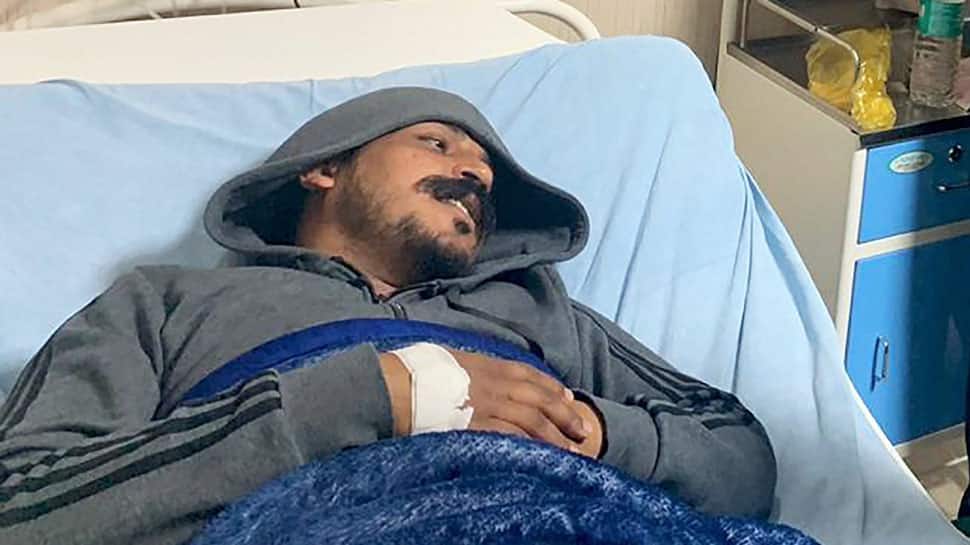 Saharanpur: Bhim Army chief Chandrashekhar Azad has been booked on charges of assaulting public servants and defying their orders besides rioting along with his supporters in their bid to take out a political rally here, police said Wednesday.

Azad was arrested on Tuesday at Deoband in Saharanpur but had to be admitted in a hospital in Meerut after he was taken ill, police said. Congress general secretary Priyanka Gandhi Vadra Wednesday met Azad at the hospital.

The FIR registered at the Deoband police station against Azad has also named his 27 supporters, besides over 150 other unknown persons, Saharanpur Senior Superintendent of Police Dinesh Kumar said.

The FIR has been registered under sections 147 (rioting), 188 (defying public servants' orders), 171F (causing undue influence in an election), 341 (causing wrongful restraint) and 353 (assaulting public servants) under the Indian Penal Code, he said.

Azad and his supporters were also charged with violating the model code of conduct in force since announcement of the 2019 Lok Sabha elections schedule on Sunday, he said. Kumar said Deoband police station incharge along with sub-divisional magistrate and circle officer asked Azad and his supporters not to take out the procession as the model code of conduct was in force.

But Azad and his supporters ignored the instructions and sought to violate them forcibly, following which the police had to take action, he said.

The SSP said the police are in possession on the video recordings of the people obstructing the traffic and breaching the law. The police also have the registration numbers of motorcycles and other vehicles, whose owners would be proceeded against, he said.

On being stopped, Azad and his supporters stopped traffic on Muzaffarnagar-Meerut high way with the women lying down on the road, following which her had to be arrested, police said.

Azad, however, had to be admitted in a hospital at Meerut after he was taken ill.

1 killed, 5 injured after fire breaks out at ONGC oil well in Gujarat's Ahmedabad