The King also sent messages of condolences to the late Minister`s family and to the government of India. 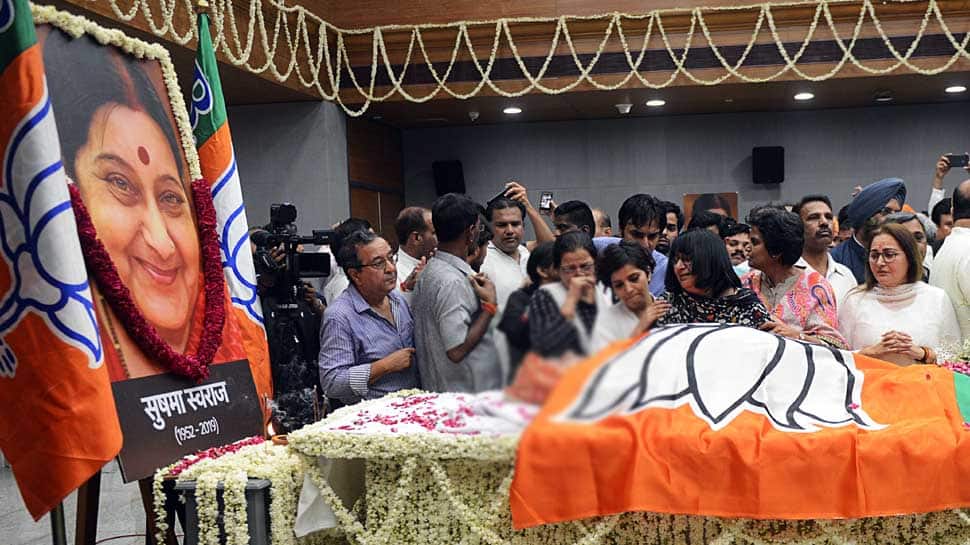 On the orders of the King, special prayers were performed at the Simtokha Dzong on Thursday.

The King also sent messages of condolences to the late Minister`s family and to the government of India.

Prime Minister Lotay Tshering, in a condolence message, had said that Sushma Swaraj`s "demise is a great loss not only for Bharatiya Janata Party, but also for the entire country".

"She was a very good friend of Bhutan who worked tirelessly in enhancing Bhutan-India relations..."

Sushma Swaraj as the Minister of External Affairs of India from 2014- 2019 worked closely with Bhutan. Throughout her tenure, she was a friend of Bhutan and contributed to strengthening the relations between our two countries.

She was well loved, as an exemplary leader embodying grace, dignity, and strength.