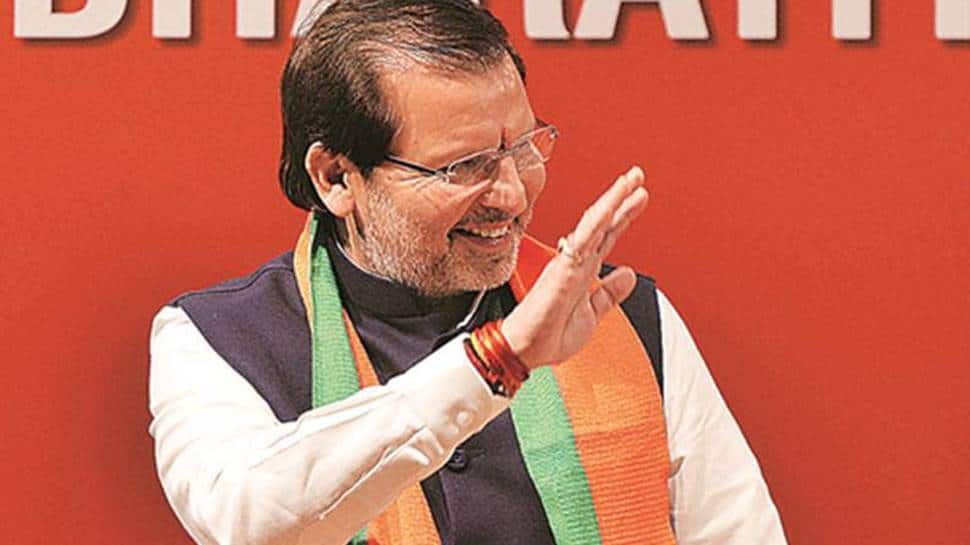 New Delhi: Bharatiya Janata Party (BJP) MP Arvind Sharma on Sunday issued a clarification that his "eye gouged out, hand chopped off" remarks were for "anti-social elements" who he claimed had held BJP workers hostage at Rohtak`s Kiloi Shiv Temple. Sharme said that he was issuing a warning to the above-mentioned elements for targetting former Haryana Minister Manish Grover.

Sharma further alleged that the "anti-social" elements present at the temple targetted BJP leader Manish Grover by saying that he was responsible for MP Deepender Hooda`s defeat in Haryana.

"There were more than 300 BJP workers were present at the temple and they were held hostage for 9 hours. There were 7- 8 drunk people who hurled abuses at the BJP leaders present at the temple. They were taken out of the temple. They collected a mob by contacting people through phones and social media outside the temple. I gave warning to the anti-social elements, they targetted Manish Grover by saying that this is the man who has led to the defeat of Deepender Hooda and forced them to apologize," Sharma told ANI.

Sharma`s clarification comes after he threatened Congress and Haryana MP Deepender Hooda on Saturday a day after BJP leader Manish Grover and other party leaders were allegedly kept hostage for seven hours at the Shiv temple in Rohtak and said, "Congress and Deepender Hooda should listen that if anyone dares to look towards Manish Grover (BJP leader) then we`ll take their eyes out. If they put hands on him then their hands will be chopped off."

Earlier on Friday, locals of Rohtak`s Kiloi village released former Haryana minister Grover and other party leaders who were allegedly kept hostage for seven hours in the Shiv temple.

About two dozen leaders and workers, including Grover, and several others who came to watch Prime Minister Narendra Modi`s programme in Kedarnath live at the Kiloi`s Shiv Temple, were allegedly taken hostage by farmers and villagers.

Meanwhile, responding to a question on the Haryana government`s law providing 75 per cent reservation to locals in private jobs to come into force from January 2022, Sharma said, "Haryana youth has welcomed this decision as more opportunities would be created through this. The youth of Haryana is extremely talented in every field. I think they should be given preference".