A number of BJP leaders have said that Priyanka Gandhi Vadra's entry into active politics and her roadshow in Lucknow won't resurrect Congress. 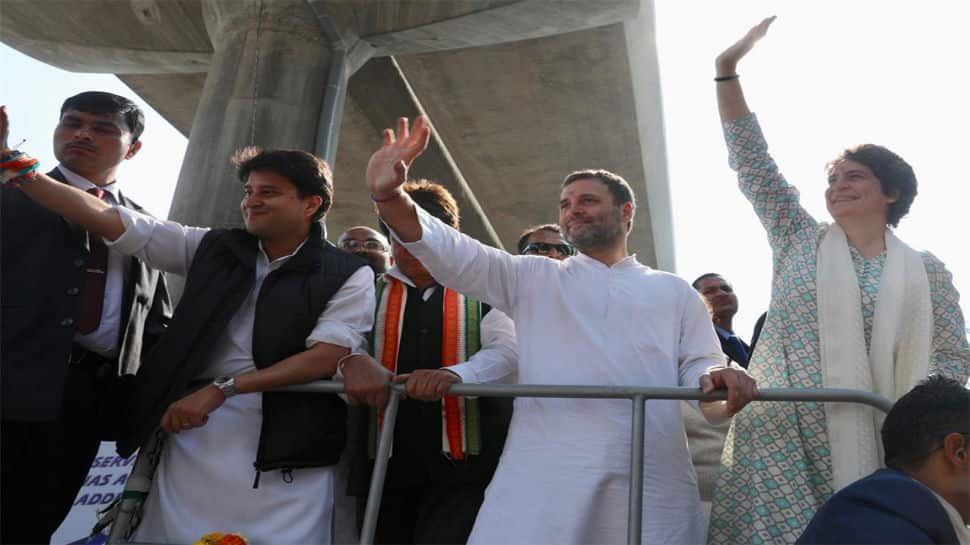 New Delhi: Priyanka Gandhi Vadra hit the ground running in Uttar Pradesh when she took part in a roadshow with brother Rahul Gandhi and Jyotiraditya Scindia - among other Congress leaders - on Monday. Unfazed by her attempts to galvanise party workers in the state, BJP hit back saying that Congress won't gain any mileage from conducting such events.

Seen as Congress' major push in the state ahead of Lok Sabha elections, Priyanka and Rahul led the Congress roadshow in Lucknow which lasted close to five hours. Party workers thronged the route of the roadshow to catch a glimpse of their leaders - many especially wanting to catch a glimpse of Priyanka who was recently named AICC general secretary for Uttar Pradesh East. A glimpse is all that many gathered managed as she let party president Rahul address the crowd. For the BJP though, the entire rally was nothing more than a futile exercise.

A number of BJP leaders - both at the national as well as state level - said that the roadshow would come to a nought for a party that is non-existent in Uttar Pradesh. "When I say PR, I mean Priyanka and Rahul. And when I say CR, I mean Credibility Report. So, when Congress PR's CR is tainted, such events are organised," union minister Mukhtar Abbas Naqvi told news agency ANI. His thoughts were echoed by BJP MP Vinay Katiyar. "Congress has no standing in UP, it is like a cremation ground for the party. She (Priyanka) can go there for sure and it is good. She can at least take part in the condolence meeting of the party there," he said.

Deputy CM Dinesh Sharma too said that it would be a folly to expect a miracle in UP now that Priyanka has made her political debut. "Are you expecting a miracle or a strong influence of a particular leader? You can forget about it. This is Uttar Pradesh, a state which sees, respects and rewards concrete and honest work," he said.