BJP vs Congress: Storm clouds and thunder to persist over Parliament's Winter Session

Dark clouds of Rafale deal and triple talaq are once again expected to unleash thunders of accusations galore between parliamentarians. 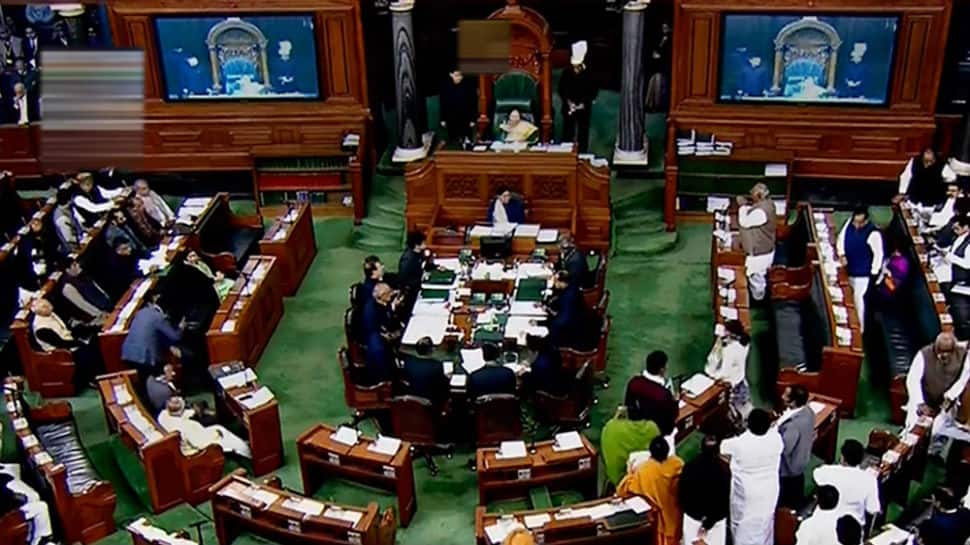 New Delhi: The BJP and Congress are likely to pick up from where each party left off from a day earlier when political leaders minced no words in accusing each other over a range of issues, primary of which was the Rafale deal.

The Winter Session of Parliament has been cold, bitter and rocked with thunderous allegations levelled by both the government as well as the opposition. Some of the charges have even been personal - especially on Wednesday when Rahul Gandhi and Arun Jaitley engaged one another in a massive war of words. While the Congress president maintained his charge that the Rafale deal with France's Dassault Aviation was not just costly but that it unfairly favoured Reliance Defence over Hindustan Aeronautics Limited (HAL), Jaitley fired back by saying Rahul has no understanding of combat aircraft and that his party has no understanding of national security. Such was the low state of political discourse here that several opposition members even resorted to flying paper planes.

The issue of an audio tape was also raked by Congress in which, the party claims, a Goa minister quotes former Defence Minister Manohar Parrikar as saying that he has all the filed related to Rafale deal in his bedroom. Rahul even attempted to play the audio in Parliament but pulled back when he was asked to first authenticate it. BJP, meanwhile, accused Congress of putting forth doctored tapes that were malicious and unverified.

And there have been roadblocks galore.

On Wednesday, Rajya Sabha Chairman Venkaiah Naidu had said that the image of Parliament had taken a hit and that people were laughing at parliamentarians. "Please cooperate to see that this House functions in a meaningful manner for the remaining days and pass some resolutions. Issues cannot be dictated." (Read full report here)