Raj Babbar slams BJP MLA for 'bomb them' remark, accuses him of speaking like terrorist

The Congress leader further said Saini should be arrested and punished. 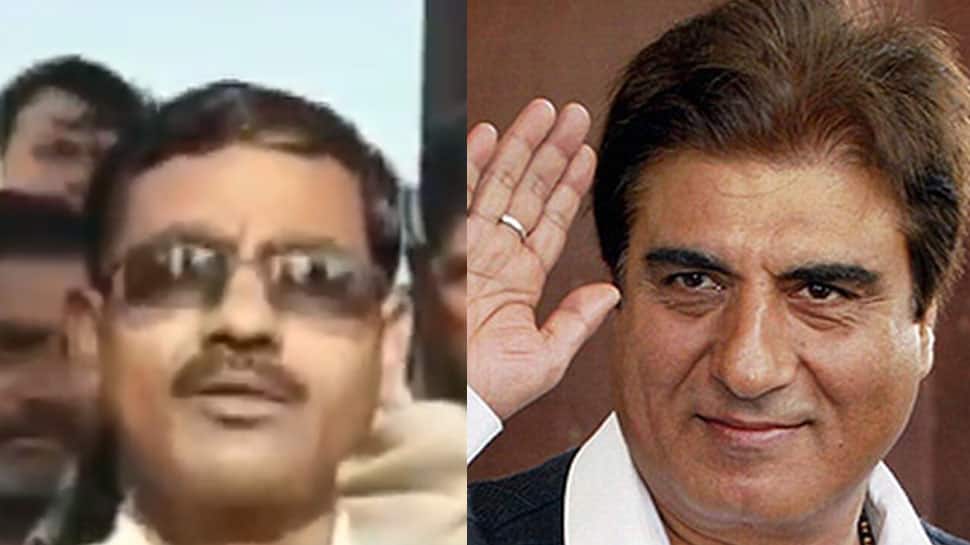 In a scathing attack on BJP MLA Vikram Saini over his 'bombing' remark, Uttar Pradesh Congress chief Raj Babbar accused the saffron party leader of speaking like a terrorist and reiterated that he must be probed for terror links. The BJP MLA from Muzaffarnagar said that those who say they feel unsafe in India should be bombed.

The Congress leader further said Saini should be arrested and punished. Babbar vehemently criticised Saini saying an "MLA who aspires to be minister says will bomb people".

Babbar said, "CM Yogi Adityanath says 'thok do', MLA who aspires to be minister says will bomb people. He should be arrested and punished. He is speaking like a terrorist, must be probed for terror links."

Earlier in the day, Saini had questioned the intent of people who say they feel threatened in India and even labelled them as traitors. "My personal view is that those who say they feel unsafe and threatened in India should be bombed. They are traitors and a law should be enacted to punish them because their statements fall under the category of treachery," he said. "Give me a ministry and I will bomb all such people. No one would be spared." The irony of it all was not lost on those gathered around him.

Saini, when questioned further on his view, showed no signs of taking back his statement. "The language of exploding bombs is the language spoken in my village. I have said it as is."

Although Saini did not take names, his comments come after veteran Bollywood actor Naseeruddin Shah had said he is concerned about the safety of his children in the prevailing situation in the country.

Saini's comment is likely to cause a furore and won't help the image-building exercise of the Adityanath government in the state that has previously been accused of doing more for the welfare of cows than of people at large. Rival parties like SP and BSP have even questioned the prevailing law and order situation in the state and have pointed towards cow vigilantism and mob lynching incidents in UP.