‘Blue glow’ in Chennai beaches: A microscopic look at what caused it

Scientists at the city’s NCCR identified that the phenomenon was caused by the millions of a micro-plankton that is known as ‘sea sparkle’ or ‘noctiluca scintillans’ that exhibit bioluminescence when agitated.

The ‘blue glow’ or bioluminescence that was observed in the beaches of south Chennai, Tamil Nadu over the previous weekend generated a buzz amongst netizens. However, it might not be something to cheer about and indicates the deteriorating water quality caused by pollution and other factors, say scientists of the National Centre for Coastal Research (NCCR) who have collected and studied the water samples.

Scientists at the city’s NCCR identified that the phenomenon was caused by the millions of a micro-plankton that is known as ‘sea sparkle’ or ‘noctiluca scintillans’ that exhibit bioluminescence when agitated. However, the organism tends to last only a few hours or days and its life and longevity could depend on a wide range of factors from oxygen content in the water, temperature, presence of certain minerals etc. 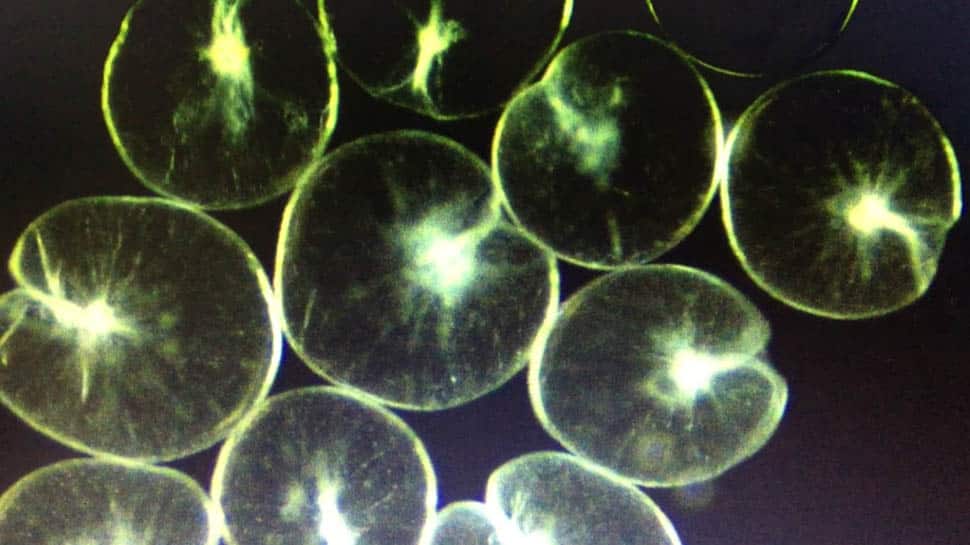 The study by city’s scientists quotes a 2014 report by Gomes et al on the Indian West Coast that inferred that “the influx of oxygen deficit water to the uppermost layer of water in the sea or river(euphoric zone) that is exposed to maximum sunlight can cause such blooms.”

Observing the samples collected by the researchers, Dr Pravakar Mishra, Scientist at the NCCR said, “These organisms are not visible to the naked eye while in the beaches, but under lab conditions, we can see them as small circular structures. On average, they are 300micro meter in size and have a flagellum attached to their bodies (whip-like structure).”

“Rain or polluted water, sewage brings in a lot of nutrients and minerals as it mixes with seawater, and when coupled with cloudy weather and a temperature ranging between 18-27 Degree Celcius, salinity of 27-36, it provides an ideal breeding condition for this microorganism said NCCR researchers Charan and Deviram”, quoting the existing literature on the subject. 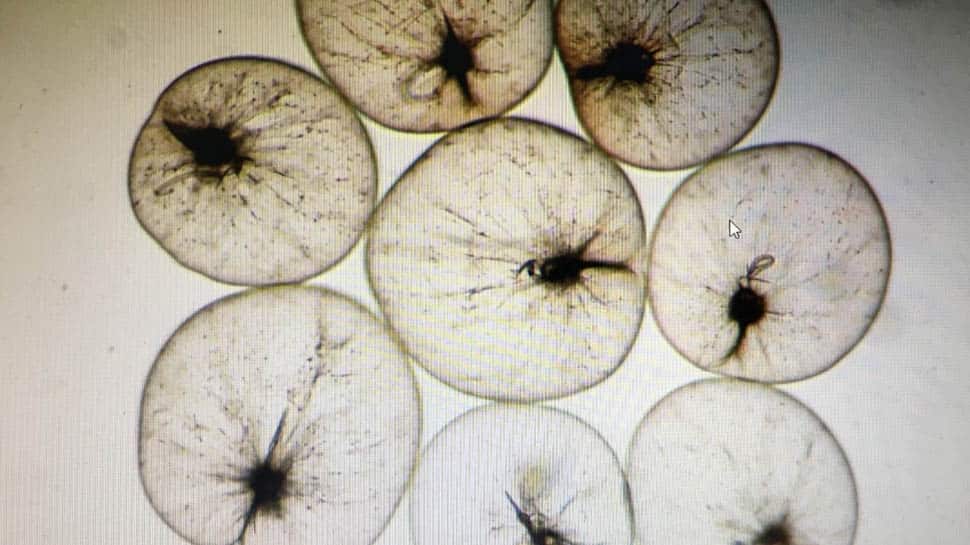 Speaking on the characteristics of the Noctiluca Scintillans, they said, “It is a dinoflagellate with a mixotrophic feeding habit, meaning it can derive energy either via photosynthesis or by consuming smaller immobile organisms such as plankton and diatoms”.

When millions of noctiluca scintillans use their flagella to catch their small prey, they release a mucous, which when spreads in large quantities can clog the gills of fish, hence causing the death of fish in big numbers. When the scintillans life span ends, it could also release ammonia, which is quite toxic and causes irritation, they added.

However, there have been no reports of hazardous conditions or mass mortality of fish in the said Chennai beaches. Scientists say that the ammonia or mucous originating from these microorganisms could dilute in the seawater only based on ideal conditions.