Earlier in the day, the court heard a plea seeking the issuance of fresh death warrants against all the convicts in the 2012 Delhi gangrape and murder case. Tihar Jail`s law officer handed over a status report to the court. 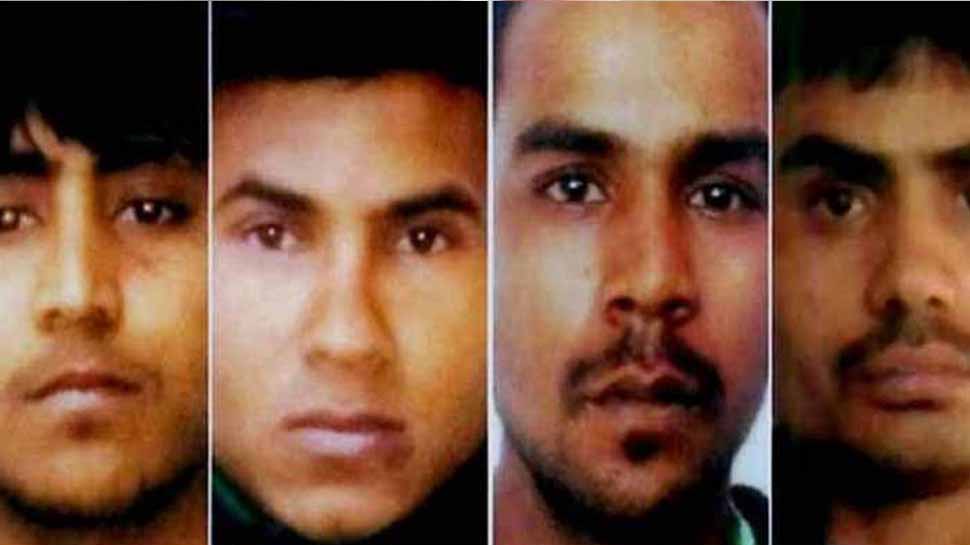 A Delhi court on Monday issued a fresh death warrant for the four convicts of the Nirbhaya gangrape case. The new date issued by the Patiala Court for the hanging of Vinay Sharma, Akshay Thakur, Pawan Gupta, and Mukesh Singh is March 3 at 6 am.

"I expect this to be the final verdict and have high hopes," said Nirbhaya's mother Asha Devi. Nirbhaya's father, Badrinath said, "It is a very good thing that people are happy and the whole country is happy. Now the hanging os definite. The guilty will be afraid now. Crime will stop only if punishment is metted out."

Nirbhaya's lawyers Seema Kushwaha said, "Where will the delayed tactics be adopted now when the court said that everything will be done in seven days. The lawyers are trying to mislead."

Earlier in the day, the court heard a plea seeking the issuance of fresh death warrants against all the convicts in the 2012 Delhi gangrape and murder case. Additional Sessions Judge Dharmendra Rana pronounced the order on a petition. Tihar Jail`s law officer handed over a status report to the court.

Special Public Prosecutor Rajiv Mohan apprised the court about the current status of the case and also stated that three out of four convicts have already exhausted their legal remedies. There is no petition pending in any court, Mohan said. He also mentioned that Delhi High Court had given seven-day time to the convicts and that period is over.

On February 14, the Supreme Court had dismissed Sharma`s petition. President Ram Nath Kovind had also rejected the mercy petitions of convicts Akshay Thakur and Mukesh Singh. The Delhi High Court on February 5 granted a week`s time to the four convicts to avail of all legal remedies available to them and said that the convicts cannot be hanged separately since they were convicted for the same crime.

A Delhi Court had issued a death warrant against the four convicts on January 7 and they were scheduled to be executed on January 22 at Tihar Jail. Later, the execution was suspended indefinitely by a Delhi court.

The case pertains to the gang-rape and brutalizing of a 23-year-old paramedical student in a moving bus on the night of December 16, 2012, by six people including a juvenile in Delhi. The woman had died at a Singapore hospital a few days later. One of the five adults accused, Ram Singh, had allegedly committed suicide in the Tihar Jail during the trial of the case.