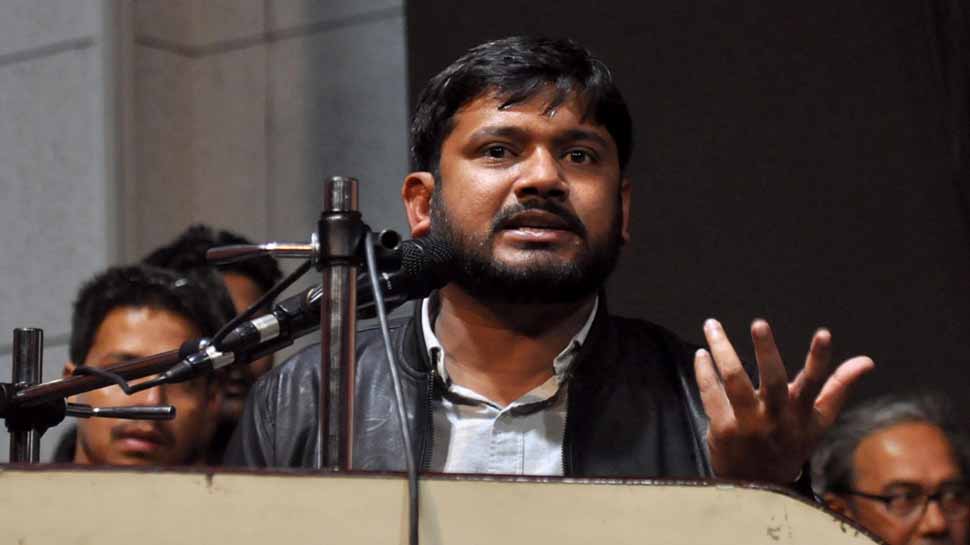 A group of JNU students led by Kumar, Umar Khalid and Anirban Bhattacharya had allegedly raised anti-India slogans during an event held at the varsity campus in the evening of February 9, 2016, to mark the death anniversary of Parliament attack convict Afzal Guru. It is to be noted that Zee News was the first TV news channel to have aired the controversial video clip showing several JNU students, including Khalid, Kumar and Bhattacharya, shouting anti-India and pro-Pakistan slogans at the varsity campus.

AAP MLA and party spokesperson Raghav Chadha said, "The Law Department of Delhi government has, after conducting due diligence, given its opinion on this matter to the Home department. It is pertinent to mention that the Delhi government, as a matter of policy and as a matter of principle, does not and has not intervened in any of such cases. Our government has not stopped prosecution in any case, whatsoever, in the last five years."

"Our government has not stopped prosecution in any case, including those pertaining to our own MLAs and party leaders. Our MLAs fought these in the courts, in most cases our MLAs were declared innocent while some cases are still pending in court. Even when it came to elected representatives of the ruling party, that is the Aam Aadmi Party, the government of Delhi did not intervene in the process of law. It is only fair for the permanent executive as well as political executive to not intervene in the process of law and let the Judiciary perform it's independent function," he said.

The video of the controversial February 9 event was shot by Zee News and was later sent for forensic examination to the CFSL. The video clip shot by Zee News, which came under attack from the alleged sympathisers of the 'Tukde Tukde' gang, was later found to be 100 percent authentic and not doctored.

JNU students Kanhaiya Kumar, Umar Khalid, Anirban Bhattacharya and many others were slapped with sedition charges in the wake of the incident. Kumar, Khalid and Bhattacharya were arrested and later released on bail.

The FIR registered in the case stated that a group of JNU students led by Kumar, Khalid and Bhattacharya had allegedly raised anti-India and pro-Pakistan slogans in the university campus on the evening of February 9.