Sources said that a cordon and search operation was started by security forces in Dadsara village of Tral following information that two militants were hiding in the area. 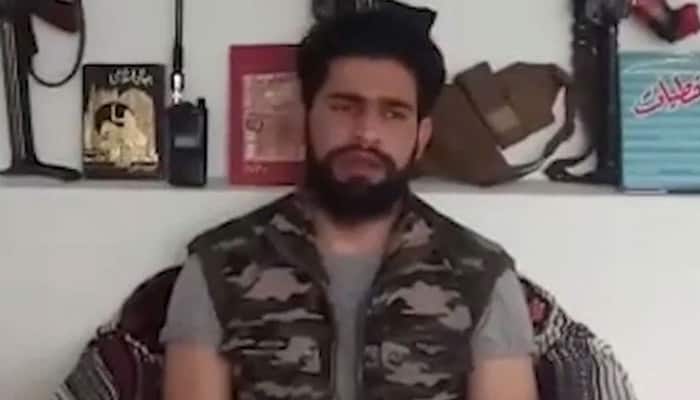 Indian Army on Friday confirmed that Burhan Wani's successor and Ansar Ghazwat-ul-Hind chief  Zakir Musa was killed in an encounter by security forces in Jammu and Kashmir on Thursday. Zakir Musa was killed in Tral region of Pulwama district late evening and his body was retrieved in the wee hours of Friday. Security forces have recovered a huge cache of arms and ammunition from the site of encounter. Curfew has been imposed in parts of Kashmir and all roads leading to volatile areas have been sealed to prevent any untoward incidents following Musa's encounter. All schools and colleges in the Kashmir Valley have also been closed.

Sources said that a cordon and search operation was started by security forces in Dadsara village of Tral following information that two militants were hiding in the area. It is learnt that the security forces persuaded Musa and the other trapped militant to surrender but they hurled grenades at security forces forcing them to open fire.

Zakir Musa was a close associate of Hizbul Mujahidee terrorists Burhan Wani who was killed in 2017. Musa became a terrorist in 2013 and succeeded Burhan after his encounter. Musa later became the head of Al Qaeda affiliate Ansar Ghazwat-ul-Hind. Born in Noorpora village of Tral area, Musa was an engineering student who quit education to become a terrorist. It may be recalled that after the encounter of Burhan Wani, Musa had threatened to kill Hurriyat Conference leaders for calling Kashmir a political dispute and not a religious struggle.