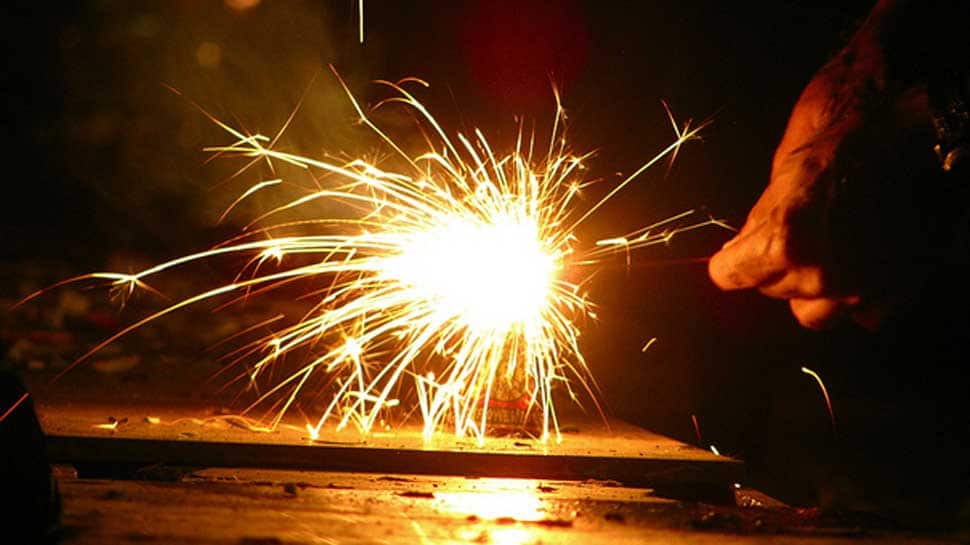 Lucknow: Keeping in mind the Supreme Court verdict, Uttar Pradesh government has issued a notification permitting the bursting of lesser pollution-causing green firecrackers only between 8 pm to 10 pm on the occasion of Diwali.

The government has urged the people to purchase firecrackers only from licensed sellers.

It also asked the people to not buy firecrackers from e-commerce websites.

Authorities have been directed to sensitise the people about the harmful consequences while playing firecrackers, the notification said.

Strict action will be taken against the Station House Officers (SHOs) if the guidelines are not followed by the authorities, it added.

On October 23 last year, the Supreme Court had refused to impose a blanket ban on cracker bursting with certain conditions, which included the use of only lesser pollution-causing green crackers.

The court had ruled that people will only be allowed to burst crackers between 8 pm and 10 pm on Diwali.

Diwali, also known as Deepawali, is one of the most widely celebrated festivals in India.

The festival will be celebrated on October 27 this year. On this day, people decorate their houses with traditional lamps, burst firecrackers and exchange sweets.