The charge sheet was filed on Friday filed in Delhi’s Rouse Avenue court and will be taken up on Monday. 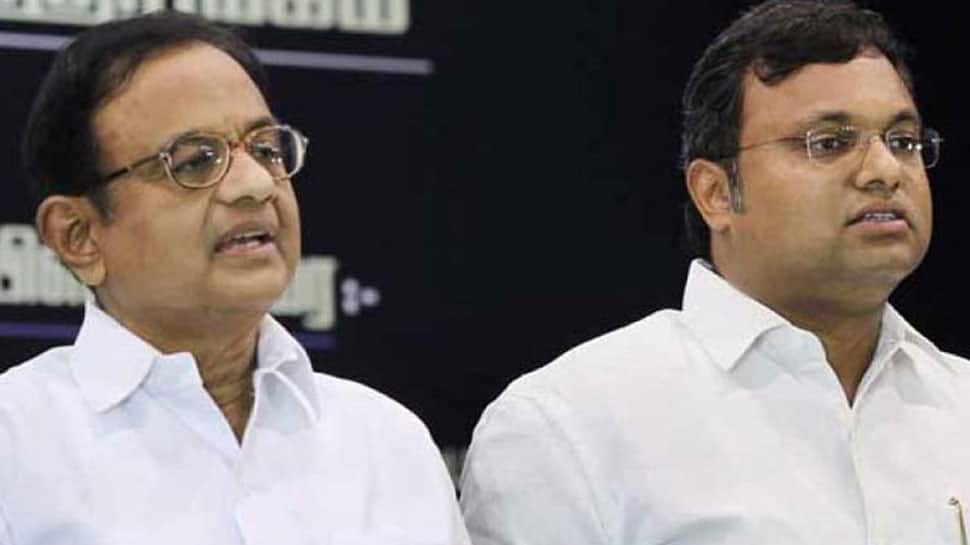 Former finance minister and Congress leader P Chidambaram, his son Karti, Peter Mukherjea, and 11 others have been named by the Central Bureau of Investigation (CBI) in the chargesheet filed in the INX Media case. The chargesheet was filed on Friday in Delhi’s Rouse Avenue court and will be taken up on Monday (October 21, 2019).

The 74-year-old Chidambaram, who was arrested by the CBI following several days of high drama late on August 21, 2019, night, has been lodged in Delhi's Tihar jail. Chidambaram has been charged for being involved in the INX Media corruption and money laundering case.

Chidambaram's Enforcement Directorate (ED) custody is till October 24 while his judicial custody in the case filed by the CBI in the matter is also till the same date. The ED had arrested him on Wednesday (October 16, 2019) under the Prevention of Money Laundering Act (PMLA).

An FIR had been registered by the CBI in the case on May 15, 2017. The agency had claimed that there were several irregularities in the method adopted by the Foreign Investment Promotion Board in granting clearance to the INX Media group which received Rs 305 crore in funds from outside India in 2007 when during Chidambaram was the finance minister in the then Congress-led United Progressive Alliance (UPA) government.

His son Karti Chidambaram is also been investigated in the case. Karti is accused of masterminding the FIPB clearance in 2007 when his father was the finance minister. He was arrested by the CBI in the case on February 28, 2018, for allegedly accepting money to facilitate the FIPB clearance to INX Media but was later granted bail.