A senior official said these women commandos were part of the security forces' "short action teams" that eliminated three Naxal "commanders" in the past one month. 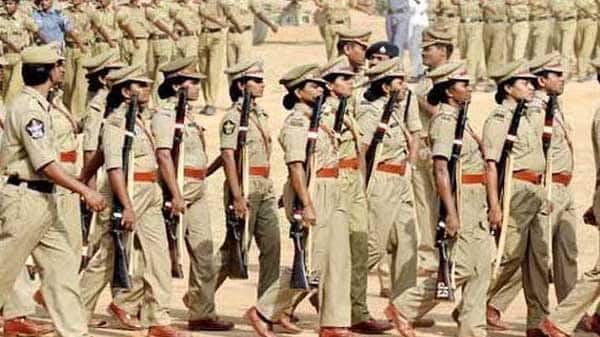 Raipur: The Chhattisgarh police for the first time has inducted women commandos in the District Reserve Guard, it's frontline anti-Naxal force.

A senior official said these women commandos were part of the security forces' "short action teams" that eliminated three Naxal "commanders" in the past one month. The specially-raised squad, christened 'Danteshwari Ladake', or fighters of Goddess Danteshwari, was inducted in the state's Naxal-hit Dantewada district, around 400 kilometres from here.

Comprising 30 women led by Deputy Superintendent of Police (DSP) Dineshwari Nand, officials said they have received extensive training in jungle combat. "A first-of-its-kind platoon of women DRG commandos has been raised. Of the 30 recruits, 10 are surrendered women Naxals, while 10 others are assistant constables who were part of the erstwhile Salwa Judum (anti-Naxal militia) movement," Dantewada Superintendent of Police Abhishek Pallava told PTI.

With the induction of the women commando contingent, the number of platoons of the DRG in Dantewada now stands at six, he said.

Personnel of the DRG are recruited from local youth and it also has surrendered Naxals in its ranks and has of late gained a fearsome reputation for taking the fight into the enemy camp and conducting successful strikes in Maoist strongholds, officials said.

"Although the state police and paramilitary forces in Bastar have deployed women personnel but they have limited work. It is for the first time that an exclusive team of women commandos has been set up to carry out counter-insurgency operations shoulder to shoulder with male DRG members in the area," said Pallava, who is credited with introducing this platoon.

"These women commandos have been given three-months advanced in-house training in jungle warfare tactics. They are trained for motorcycle patrolling in the dense forests, map reading, understanding Naxal profiles and counter-ambush strategy," he said.

"The important factor is all of them are local residents, including surrendered Naxals, and therefore are well acquainted with the forested terrain and the local language. All these are key elements in the fight against Naxals," he said.

The SP added that being able to melt into the local crowd wearing civil attire like sarees and still move around with concealed weapons gave the women commandos the "surprise element" to get the better of the Maoist ultras.

"In the past one month, this women platoon was part of the security forces' short action teams that gunned down three Naxal commanders," he said.

He said the women commandos could motivate others to join the forces and also curb chances of fake allegations of human rights violations.

A member of the platoon, Gange, a surrendered "deputy commander" with the outlawed CPI (Maoist), said, "We are feeling relieved after quitting the Naxal movement. We wanted to marry which was not allowed in the Naxal outfit. We are now living a life with dignity and purpose as police personnel.

"We want to take part in anti-Naxal operations and free Bastar of the Maoist menace," she added.

The DRG was first set up in Kanker (north Bastar) and Narayanpur (comprising Abhujmad) districts of the state in 2008 to fight the menace of Left Wing Extremism and after a gap of five years, the force was raised in Bijapur and Bastar districts in 2013.

Subsequently, it was expanded in Sukma and Kondagaon districts in 2014, while it started operations in Dantewada in 2015.

Dantewada has witnessed major Naxal attacks in the recent past.

Dantewada BJP MLA Bhima Mandavi and four police personnel were killed Kuwakonda area of the district on April 9 ahead of the first phase of Lok Sabha election.

In October last year during assembly poll, three policemen and a Doordarshan cameraman were killed in a Maoist attack in Nilawaya area of Dantewada.