Chidambaram is behaving like Vijay Mallya, Nirav Modi by not cooperating with probe agencies: BJP

Chidambaram's lawyers had challenged the Delhi High Court's order which rejected his request for protection from arrest. 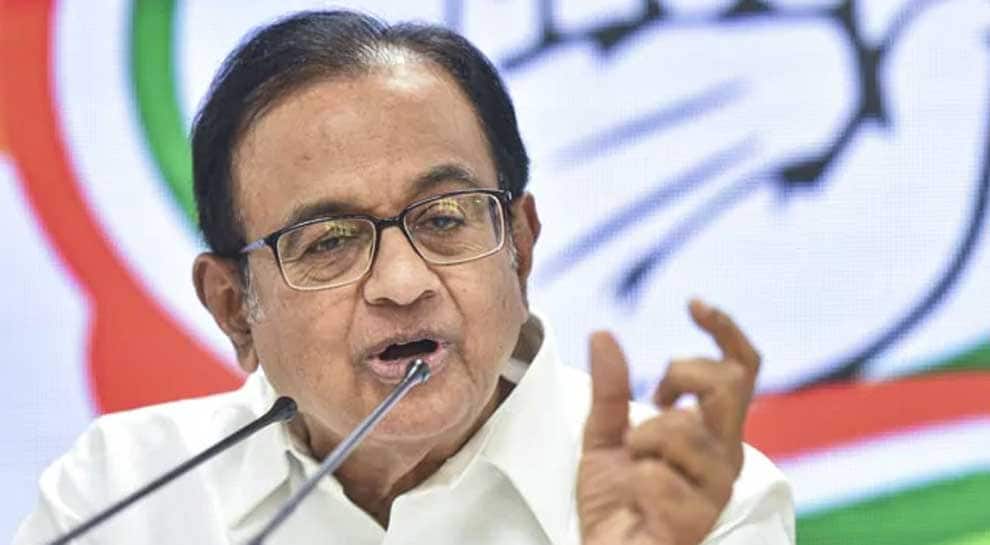 NEW DELHI: BJP national spokesperson GVL Narsimha on Wednesday said that senior Congress leader and former Union Minister P Chidambaram is behaving like fugitive businessmen Vijay Mallya and Nirav Modi by not cooperating with the central probe agencies in connection with an alleged corruption case probe involving him linked to the INX Media.

Commenting on the recent developments in the case, Narsimha said, ''Chidambaram was given a free-hand by the Gandhi family to go ahead in the INX Media case. By not cooperating with the central agencies, the senior Congress leader is behaving like Nirav Modi and Vijay Mallya. No one will be spared.''

The reactions from the BJP national spokesperson came after the Supreme Court refused to grant any immediate relief to the Congress leader while responding to his plea for protection from arrest in the INX Media case.

Chidambaram's lawyers had challenged the Delhi High Court's order which rejected his request for protection from arrest.

The Supreme Court said that Chidambaram's petition will be placed before the Chief Justice of India. The CBI, meanwhile, told the bench that it is a "monumental magnitude of money laundering case".

Chidambaram has been untraceable as a Central Bureau of Investigation (CBI) team arrived at his home in Delhi this morning, a day after the high court's order.

Last night, the CBI had pasted a notice outside the house asking Chidambaram to appear before them within two hours of receiving the note.

Chidambaram faces arrest in what is dubbed the "INX Media case", in which he is accused of facilitating foreign investment in a media company as Finance Minister in the Congress-led UPA government at the instance of his son Karti, who allegedly received kickbacks for his role.

On Tuesday, the Delhi High Court rejected Chidambaram's request for anticipatory bail, saying "prima facie", the facts of the case revealed that the "petitioner is the kingpin or key conspirator in the case".

Calling it a classic case of money laundering, Justice Sunil Gaur said, "It was pertinently observed that the economic crimes of such mammoth scale are craftily planned and executed. This grant of bail in cases like instant one will send a wrong message to the society."

Shortly after the order, a CBI team of six officers showed up at Chidambaram's home at Jor Bagh in south Delhi. After a few hours, the team left and another from the Enforcement Directorate arrived.

On Wednesday morning, Chidambaram's lawyer demanded to know from the CBI under what law he had been asked to appear within two hours.

The Congress has accused the government of hounding its top leaders for political vendetta.