The CISF float was included in the Republic Day parade after a gap of 11 years, the last being in the year 2007. 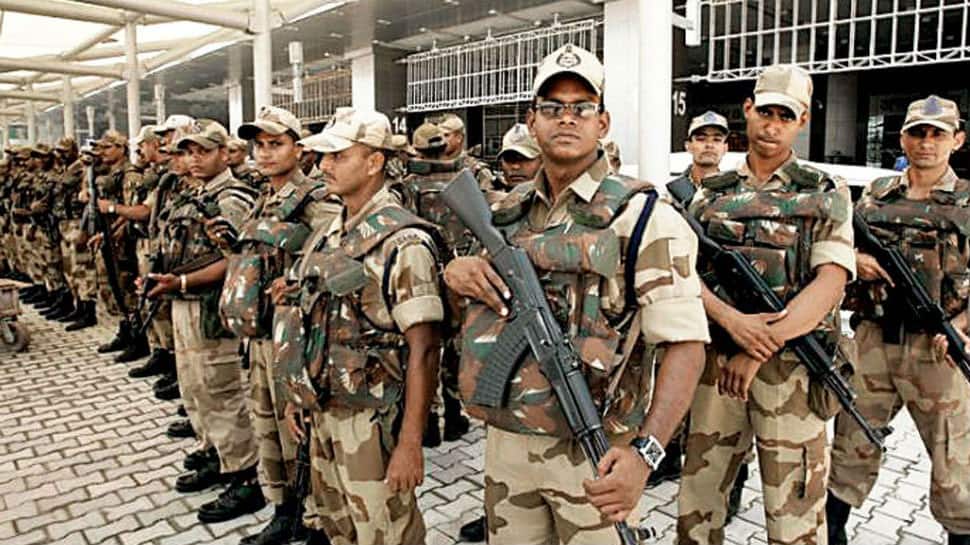 New Delhi: The Central Industrial Security Force (CISF) has been awarded the best tableau trophy, amongst all government departments, for showcasing the theme of Mahatma Gandhi and women power through its float during the Republic Day parade on January 26.

The trophy was handed over by Defence Minister Nirmala Sitharaman to the top brass of the paramilitary force, led by Additional Director General Alok Kumar Pateria, at an event held here.

"The tableau showcased the multi-dimensional functions of the force and was the reflection of its aspiration, commitment and dedication towards its mandate," a CISF spokesperson said.

The force had depicted the armed cover provided by it at Raj Ghat, the 'samadhi' of Mahatma Gandhi in Delhi, in the lead part of the float that passed through the Rajpath last week. CISF personnel, armed with AK series assault rifles, were deployed at Raj Ghat in 2013.

The tableau also depicted CISF security cover provided to the Kishanganga hydro-electric project in the security-sensitive area of Jammu and Kashmir, security provided to the Red Fort in Delhi, space installations and Indian airports.

A bust of a female soldier, with outstretched hands, was also part of the tableau and it was put with an aim to highlight the fact that CISF had the largest percentage of women personnel among all the Central Armed Police Forces (CAPFs) of the country, a senior official said.

The CISF float was included in the Republic Day parade after a gap of 11 years, the last being in the year 2007.

The about 1.70-lakh personnel strong force is celebrating its golden jubilee this year and is tasked with securing vital installations such as airports and nuclear power installations across the country.