In Baramulla district, the clashes took place near Jamia Masjid in Sopore town. 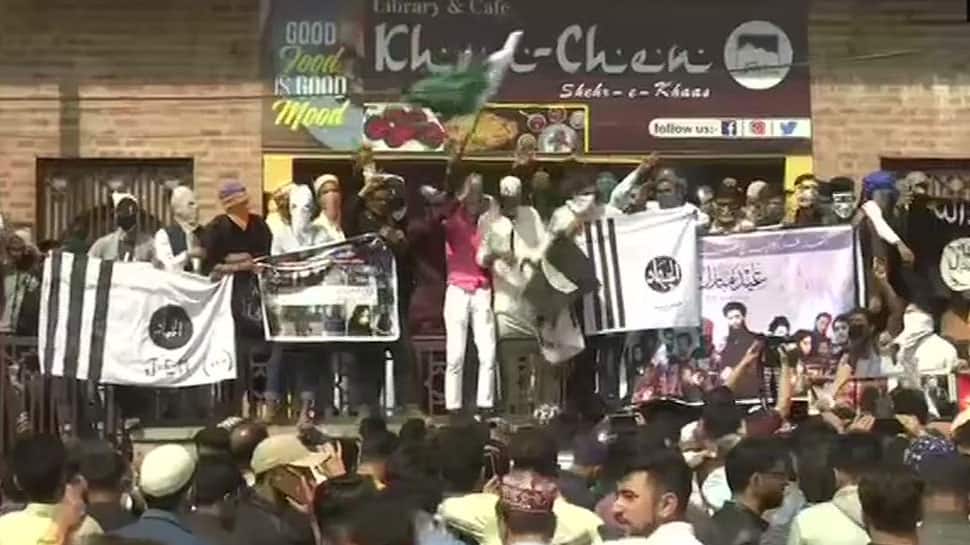 Clashes broke out between the youth and Jammu and Kashmir Police on Wednesday morning in several districts of the state, soon after the Eid prayers. The instances of clashes and stone pelting were reported at several places in downtown Srinagar, Pulwama, Sopore, Baramulla and other areas of the Valley. In Baramulla district, the clashes took place near Jamia Masjid in Sopore town.

According to the eyewitnesses, the youths who clashed with the forces were chanting pro-freedom and anti-India slogans. Also, masked youth unfurled Pakistan and flags of terrorist organisations. They also tried to march through the streets. The police had to use teargas shells to disperse the protesters, who in turn resorted to stone pelting, triggering clashes. To maintain law and order in the area, additional forces have also been deployed.

In another separate incident, unidentified terrorists shot at two civilians killing a woman and critically injuring a youth in Pulwama district of the state. The incident took place at Narbal village of Kakapora area in the district. The youth has been shifted to Srinagar hospital for treatment. The woman died on her way to the hospital.

The woman has been identified as Nigeena Bano, the daughter of Mohammad Ramzan, and the youth as Mohammad Sultan. Both are residents of Singoo Narbal. The police have registered a case under relevant sections in the matter. An investigation has been initiated in the incident.

These are developing stories. More details are awaited on these incidents.

No discussion on delimitation in Jammu and Kashmir, clarifies MHA