CM Banerjee announced that she will be holding a 'dharna' against the 'move by the BJP'. 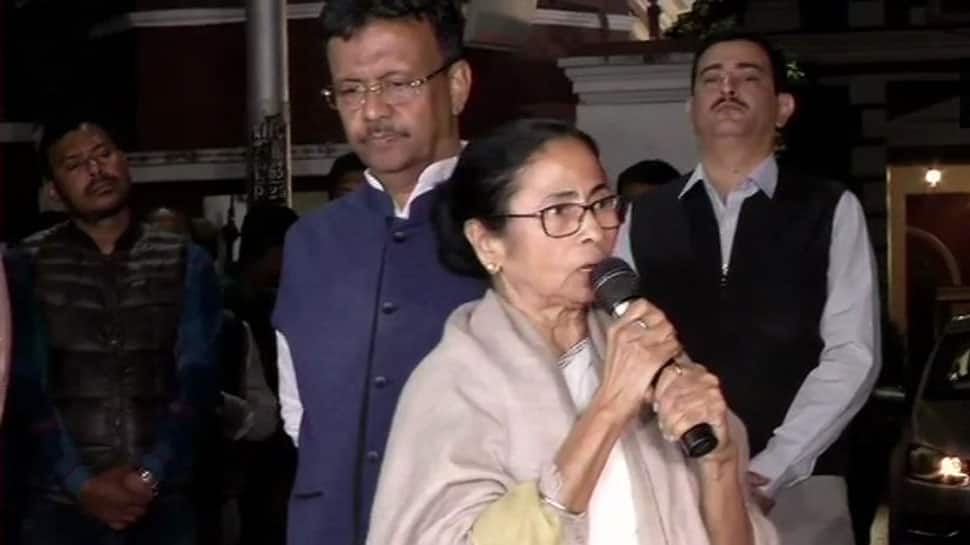 Accusing PM Modi behind the action, CM Banerjee started a 'dharna' against the 'move by the BJP'. "I am going to stage a dharna to save the federal structure. From today I'm going to sit near the Metro Channel. Tomorrow proceedings in state assembly will take place where I will hold a meeting. This dharna means satyagraha," said CM Mamata.

She further said that the CBI action against Kolkata Police chief is politically vindictive.

A team of CBI officers was stopped from entering the residence of Kolkata Police Commissioner Rajeev Kumar in Kolkata on Sunday when they had gone to question him in connection with chit fund scam cases. A virtual showdown ensued as Kolkata Police personnel forcefully took away some of the CBI officers to a nearby police station and detained them amid the commotion.

Throwing her weight behind the city police chief, West Bengal Chief Minister Mamata Banerjee rushed to the Loudon Street residence of Kumar in central Kolkata and held a meeting.

She further accused NSA Ajit Doval of giving direction to CBI on instruction from PM Modi.

"Law and order is state subject, why should we give you (CBI) everything," asked CM Banerjee on sharing of documents on chit fund scam probe with agency.

She added, "I am proud to say that my responsibility is to give protection to the force. Without notice, you are coming to Kolkata Police Commissioner's house. We could have arrested CBI but we left. I will stand with my force. I respect them. I felt very sad today. This is the destruction of the federal structure."

Earlier in the day, CM Banerjee had said, "The highest levels of the BJP leadership are doing the worst kind of political vendetta. Not only are political parties their targets, they are misusing  power  to take control of the police and destroy all institutions. We condemn this. The Kolkata Police Commissioner is among the best in the world. His integrity, bravery and honesty are unquestioned. He is working 24x7, and was on leave for only one day recently. When you spread lies, the lies will always remain lies."

A day after the Central Bureau of Investigation (CBI) claimed that Kumar had been "absconding" and "being looked for" in connection with Saradha and Rose Valley ponzi scam cases, a team of 40-odd agency officers arrived at his residence this evening, but they were stopped by sentries and officials.

Soon, a team of Kolkata Police officers rushed to the spot to speak to the CBI officials and tried to inquire whether they had required documents to question Kumar.

"We don't want to speak on this issue as of now. Let's see what happens. Please wait for sometime," a senior CBI official standing outside the Police commissioner's house told reporters.

Later on, a small team of CBI officials was taken to Shakespeare Sarani police station for further discussions.

Thereafter, more men arrived at the spot and a commotion ensued. The CBI officers were then forcefully taken to a police station.

On being informed about the development, Chief Minister Banerjee, who had earlier extended her support to Kumar and alleged that the BJP was "misusing power to take control of the police and all other institutions", reached the spot.

According to the CBI, the IPS officer, who led a Special Investigation Team of West Bengal Police probing the scams, needs to be questioned regarding missing documents and files but he has not responded to notices to appear before the agency.

Kumar, a 1989-batch IPS officer of West Bengal cadre, did not even attend a meeting with Election Commission officials who had gone to Kolkata to review election preparedness, sources said.