Four Congress chief ministers and Karnataka's H D Kumaraswamy met former prime minister Manmohan Singh on Saturday to discuss issues of their respective states, especially those related to farmers and tribals, to be taken up at the Niti Aayog meeting. 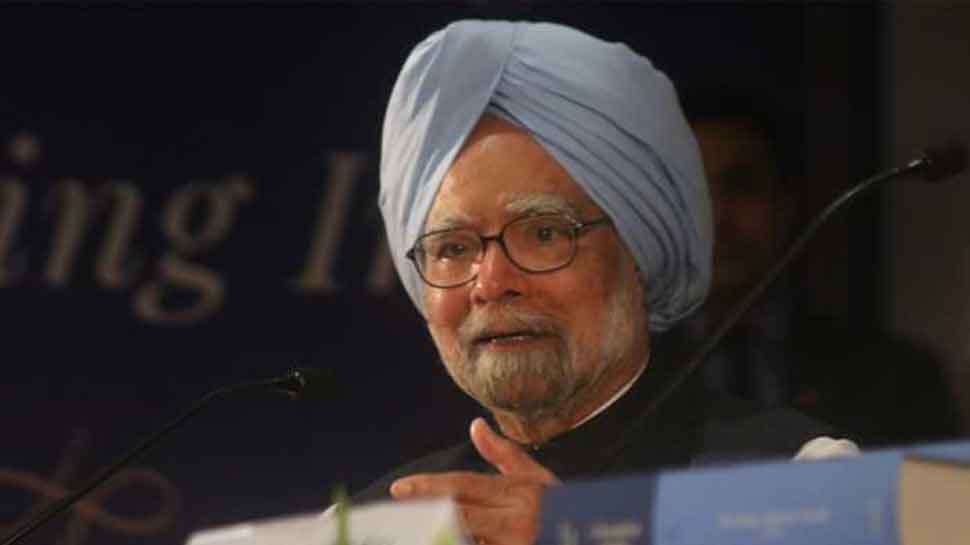 New Delhi: Four Congress chief ministers and Karnataka's H D Kumaraswamy met former prime minister Manmohan Singh on Saturday to discuss issues of their respective states, especially those related to farmers and tribals, to be taken up at the Niti Aayog meeting.

Kumaraswamy of the JD(S) is heading a coalition government with the Congress in Karnataka. They discussed the proposed agenda and issues of their respective states to be taken up with Prime Minister Narendra Modi at the Niti Ayog meeting, sources said.

Among the issues discussed were injecting life back in water bodies, fresh efforts needed from the Centre in the agricultural sector and amendment in the Forest Act to bring about change and prosperity in the lives of the tribals. Baghel, Kumaraswamy and Narayansamy also separately called on the prime minister on Saturday.

On Friday, Madhya Pradesh Chief Minister Nath had hosted a dinner at his residence where Gehlot, Baghel and Narayansamy were present. Punjab Chief Minister Amarinder Singh could not make it for the dinner and is likely to skip the Niti Aayog meeting.

The chief ministers of the Congress-ruled states are expected to raise key farmers issues and also share the benefits of the loan waiver scheme implemented by them at the Niti Aayog meeting, sources said.

The fifth meeting of the Niti Aayog's Governing Council will focus on issues like the drought situation, farm distress, rain water harvesting and preparedness for kharif crops.

The five-point agenda for the meeting also includes aspirational districts programme, transforming agriculture and security related issues with special focus on left wing extremism (LWE) districts, an official statement said. This is the first governing council meeting under the new Modi government, which is being attended by chief ministers, lieutenant governors of Union Territories, Union ministers and senior government officials.

3 of family killed as truck rams into house in Odisha