A Jodhpur court on Wednesday sentenced Asaram to life in prison after finding him guilty of raping a teenage girl in his ashram five years ago. 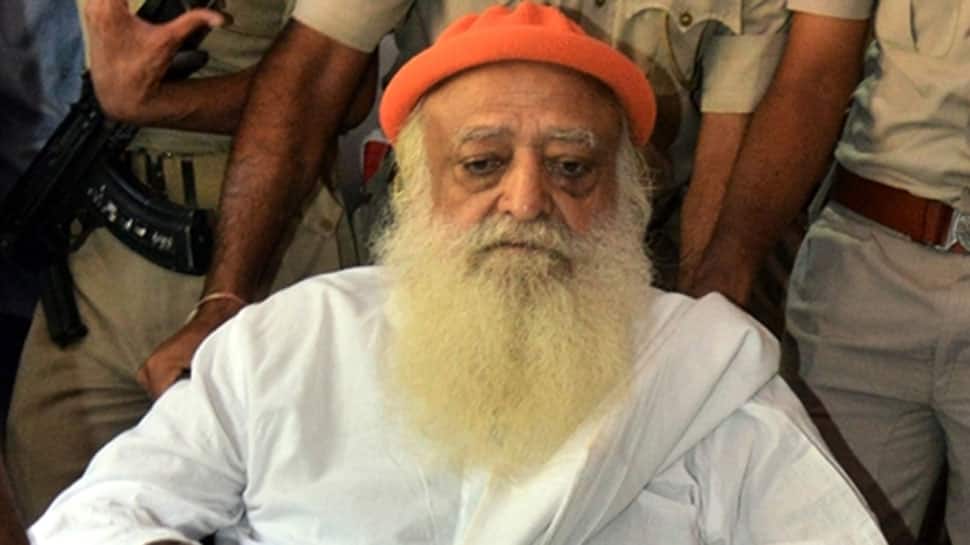 New Delhi: The Congress on Wednesday posted a video on its official Twitter handle showing clips of PM Narendra Modi with Asaram. The photos in the video date back to a couple of years ago.

The Congress captioned the video with the proverb - 'A man is known by the company he keeps'.

"A man is known by the company he keeps" - Aesop's fables #AsaramVerdict pic.twitter.com/CTOQ8HKJ1O

Reacting to the Congress' post, a couple of social media users posted photos of Congress leader Digvijaya Singh paying his respects to Asaram.

"A man is known by the company he keeps" pic.twitter.com/XWODIfNGlF

What RU highlighting? That despite once respecting him as a spiritual leader PM didn't interfere, resulting in the conviction? Or that the judiciary isn't really influenced and under threat as you've been claiming in impeachment motion?#RapistAsaramhttps://t.co/QB8FySPf9p

On the other hand, actor-director Farhan Akhtar slammed those who were posting old pictures of Asaram with PM Modi and said that it wasn't a crime if someone was associated with the self-styled 'godman' before he was convicted.

So, Asaram is a child rapist. And he has been found guilty. Good.

But can people please stop sharing images of him with PM Modi. Patronising him before he was exposed to be a pervert is no crime.

Let’s be fair and give him the benefit of doubt that he, like us, did not know.

Interestingly, Asaram had issued a threat to the Gujarat government in September 2012 cautioning it against targeting him and his son Narayan Sai. He was reacting on being summoned by Justice DK Trivedi commission for inquiry into the mysterious death of two students. Modi was the Gujarat CM then.

A Jodhpur court on Wednesday sentenced Asaram to life in prison after finding him guilty of raping a teenage girl in his ashram five years ago. Special judge Madhusudan Sharma's verdict was read out in the Jodhpur Central Jail where 77-year-old Asaram has been kept for over four years.

Apart from Asaram, two other accused were convicted by the special court for SC/ST cases. It acquitted two others.

The chargesheet against Asaram and the four other co-accused was filed by the police on November 6, 2013, under various sections of the POCSO (Protection of Children from Sexual Offences) Act, the Juvenile Justice Act and the Indian Penal Code.

The teenager had said in her complaint that Asaram had called her to his ashram in Manai area near Jodhpur and raped her on the night of August 15, 2013. The 16-year-old girl from Shahjahanpur in Uttar Pradesh was studying at Asaram's ashram in Chhindwara in Madhya Pradesh.

Final arguments in the Asaram case were completed on April 7, 2018, and the court had kept the order reserved for April 25. Asaram was arrested in Indore and brought to Jodhpur on September 1, 2013. He was under judicial custody since September 2, 2013.

Asaram is also facing a rape case in Surat in Gujarat.