Criminal killed, what about those who supported him and his dreaded acts

Opposition parties have slammed the Yogi Adityanath-led UP govt over the encounter of dreaded gangster Vikas Dubey, who was being brought back to Kanpur from MP's Ujjain. 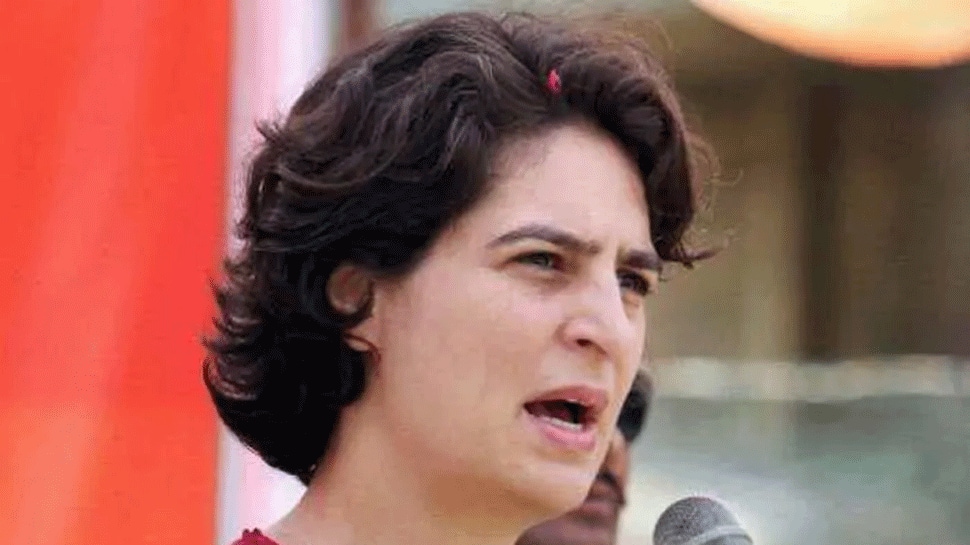 New Delhi: The Congress on Friday (July 10) raised questions on gangster Vikas Dubey's encounter killing after an accident, saying what about those who supported the dreaded 'wanted' criminal, who was known as 'Pandit' by many, in his sinful activities.

"The criminal is dead but what about those who supported him and his dreaded acts," Congress general secretary Priyanka Gandhi Vadra tweeted in Hindi on Friday, hours after the incident took place on Friday morning.

Notably, Priyanka had on Thursday raised questions on Dubey's arrest at the Ujjain's Mahakal temple and said that the UP Police had completely failed to act with alacrity. "Despite an alert, the gangster reaching Ujjain exposes the chinks in security and points to collusion," she has posted on Twitter.

Former UP Chief Minister Akhilesh Yadav too raised questions on the event saying "the car did not topple but it was an effort to save the government from toppling if facts came to light."

The 'indirect' attack from Priyanka on the ruling government in Uttar Pradesh comes after the UP Special Task Force killed Vikas Dubey during an encounter near Barra, 17 kilometres from Kanpur.

According to police, an STF convoy carrying Dubey was arriving in Kanpur on Friday morning when one of its car, which was carrying the gangster, overturned. According to police, Dubey snatched weapons from police personnel and tried to flee from the spot. He reportedly fired shots at the STF and was thereafter killed in the retaliatory firing from the team.

He was rushed to the hospital where he was declared brought dead by doctors. According to reports, Dubey was first shot on leg and chest by the STF team during the encounter.

At least eight policemen, including DSP Devendra Mishra, were ambushed in Bikru village in Chaubeypur area of Kanpur when they were going to arrest Dubey and fell to bullets fired from rooftops shortly after midnight on July 3.