Gujarat Chief Minister Vijay Rupani on Friday said the state government has decided to recall all ministers and officials who were sent to tackle the effects of cyclone Vayu which was supposed to drastically affect 10 areas. 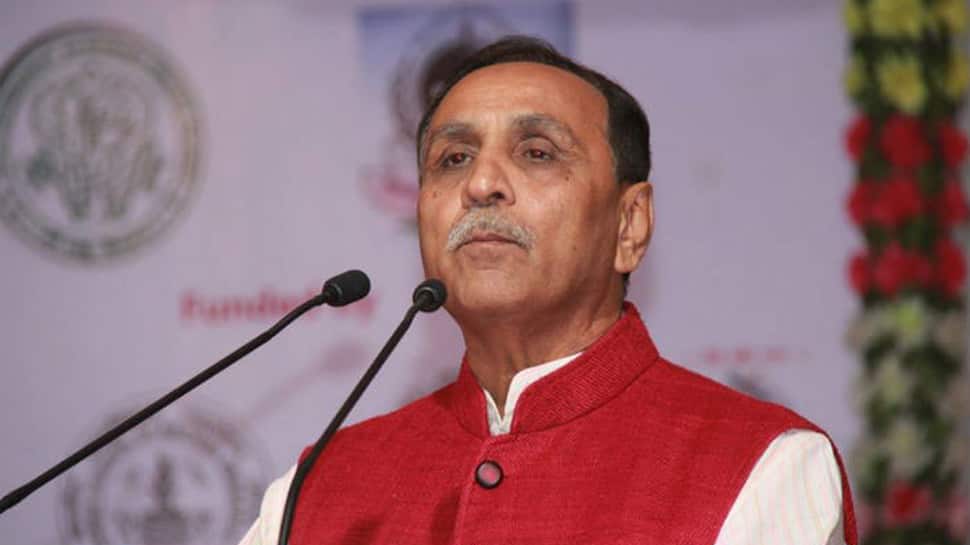 Gandhinagar: Gujarat Chief Minister Vijay Rupani on Friday said the state government has decided to recall all ministers and officials who were sent to tackle the effects of cyclone Vayu which was supposed to drastically affect 10 areas.

"It has become clear that cyclone Vayu will not hit Gujarat, the state is safe now. Government has decided to call back all senior ministers and officials that were sent to tackle the situation in 10 areas that were expected to be affected," Rupani said at a press conference here.

Rupani added that the residents who were evacuated can now return to their homes as the danger had passed and also announced a small sum of money to be given to children and adults for three days."For three days, cash doles of rupees 60, to adults and 45, to kids will be given to those who were evacuated. State transport has resumed and people who were living in camps can now go back to their houses, from tomorrow schools and colleges will also reopen. With God`s grace the state is out of a big danger," he said.

Rupani also thanked the people, media houses and the central government for their co-operation and added that the National Disaster Rescue Force team will stay on the spots for a few more days."I thank the people, media and the Central government for their cooperation. The administration took care of small issues, the NDRF teams will stay on spots for a few more days but the danger has passed," he said.

Airports across the state resumed normal service today following the Airports Authority of India (AAI) statement which said that no damage to airport infrastructure or facilities has been reported in Gujarat.

Cyclone Vayu which was going to make landfall here on Thursday has changed course and moved towards Oman, according to officials of the India Meteorological Department (IMD).

Chhattisgarh villagers dig pit in riverbed to quench their thirst