Police said that the bodies of 8-year-old Divya Unakal, 45-year-old Dakshayini and an unidentified person were extricated by the rescuers from the rubble. 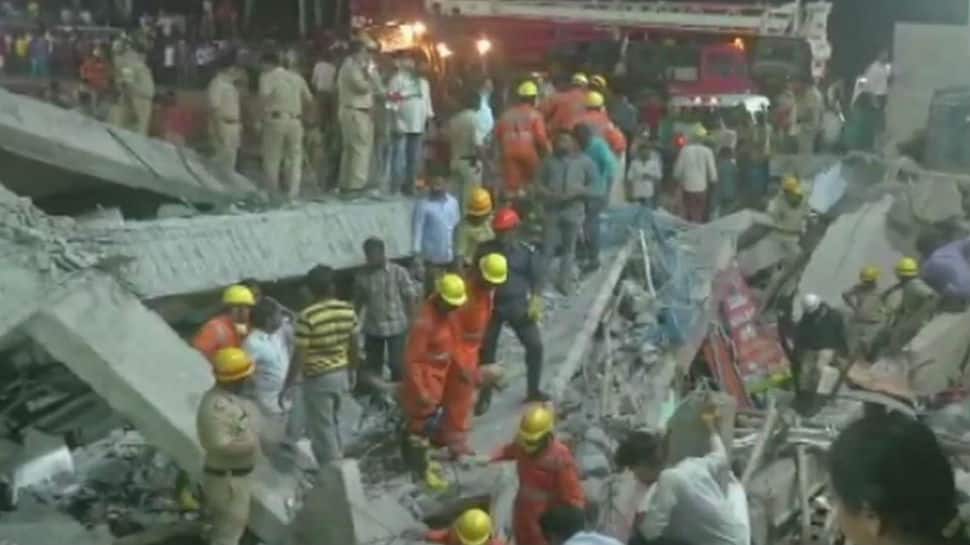 BENGALURU: The death toll in an under-construction building that collapsed on Tuesday at Dharwad in north Karnataka jumped to 11 on Thursday as rescuers pulled out three more bodies from the debris of the collapsed four-storey structure.

Police said that the bodies of 8-year-old Divya Unakal, 45-year-old Dakshayini and an unidentified person were extricated by the rescuers from the rubble.

Rescuers fear that at least 15 people are still trapped under the debris of collapsed bulding as they heard voices seeking help.

The building belonged to one of the relatives of former Congress minister Vinay Kulkarni. Over 60 people have been rescued so far, ANI reported. Police are yet to arrest anyone in connection with this incident.

On Wednesday, the police had said that 10 ambulances and five fire tenders were taking care of relief and rescue operations with three teams of the National Disaster Relief Force (NDRF).

Talking to PTI, an eye-witness said that building did not have the capacity to bear four storeys and it collapsed when the owners decided to add an extra floor. "The builders had used substandard materials," he said. Sources said that majority of the victims were migrant labourers from north India.

(with PTI and ANI inputs)

I am not contesting elections nor campaigning for any political party: Salman Khan