According to a bulletin issued by the state disaster management, Darbhanga, by far the worst-affected district which accounts for 20 lakh people hit by the floods, reported its 11th casualty this season. 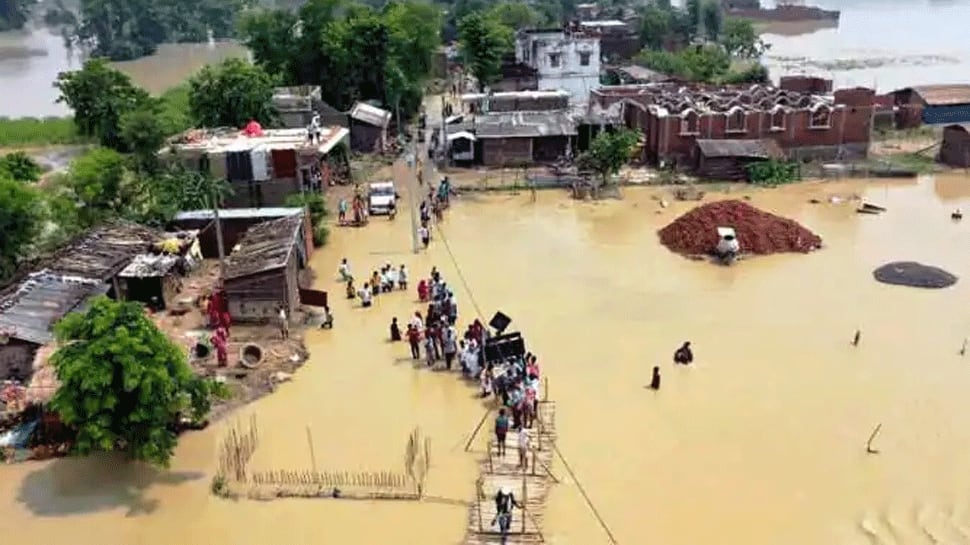 Patna: The death toll in Bihar floods climbed to 25 on Thursday with one of the 16 affected districts reporting a fresh fatality, though inundation by overflowing rivers with origins in Nepal appeared to have slowed down, causing the number of those hit by the calamity to rise by less than a lakh.

According to a bulletin issued by the state disaster management, Darbhanga, by far the worst-affected district which accounts for 20 lakh people hit by the floods, reported its 11th casualty this season.

Earlier, six deaths were reported from Muzaffarpur, four from West Champaran and two each from Saran and Siwan.

The number of people hit by the floods, till date, was 77.77 lakh, up from 77.18 lakh on the previous day. In the recent past, the figure has grown by more than one lakh every day. Wednesday had registered a rise of more than two lakh people.

The number of affected blocks across the 16 districts was 128, one more than the previous day, while 1,282 panchayats have been hit by the deluge, an increase of 11 for the same period, the bulletin said.

Teams of NDRF and SDRF have evacuated more than five lakh people from marooned areas and about 12,500 evacuees are taking shelter at seven relief camps.

In addition, more than eight lakh people are being fed at over 1,000 community kitchens.

Those rescued by the NDRF personnel, so far, include 20 women in labour who were picked up from their respective villages and rushed, on boats, to the nearest health care centres.