Delhi air quality likely to deteriorate on Wednesday, pollution to worsen in next 48 hours 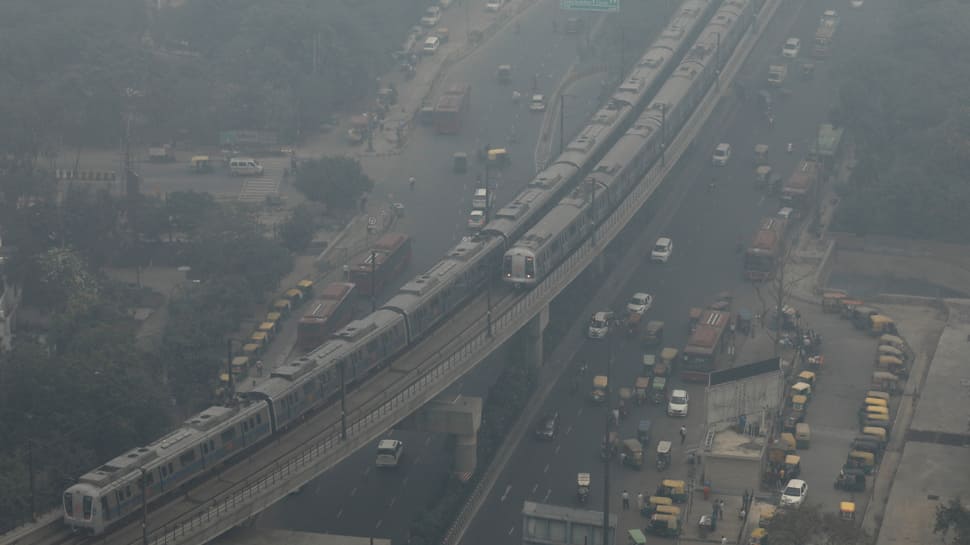 The wind speed has already shown a decreasing trend and forecasted to be very calm during the next 48 hours. The near-surface winds are from westerly and boundary layer winds are from northwesterly. An increase in effective stubble fire counts (1080) estimated as per SAFAR-multi-satellite product on November 18, as stubble transport-level winds are favourable, and an increase in stubble absolute contribution in PM2.5 is forecasted and percentage share is forecasted as 14 per cent for November 20.

The calm wind and low ventilation index are forecasted for the next two days and conditions are conducive for the sudden accumulation of pollutants in the Delhi region.

On Tuesday, the air quality had improved significantly towards the 'moderate category' and settled in the 'poor' category, bringing a slight relief to the city. Notably, Gurugram's pollution level was comparatively low, in the 'moderate' category. The AQI settled at 218, according to SAFAR.

Schools in Delhi-NCR have been reopened. All schools in Delhi-NCR were closed from November 14-15 due to the rise in pollution levels. The implementation of the Odd-Even scheme came to an end on Monday with the Delhi government deciding on no further extension of the scheme.

President Ram Nath Kovind has expressed concern over the air pollution and said that days of smog sometimes give the feeling of the doomsday scenario being fast-forwarded. "Many scientists and futurologists have painted doomsday scenarios. On days of smog and poor visibility in our cities, we fear the future might already be here," the President had said on Tuesday in Rashtrapati Bhavan.

The President said that hydrocarbon energy changed the face of the world in the last couple of centuries, but "now it is threatening our very existence". He added that the challenge is compounded for nations battling to bring substantial sections of populations out of poverty. "Yet, we will have to find alternatives", he said.

The air pollution in the national capital was so toxic after Diwali that the Environmental Pollution (Prevention and Control) Authority (EPCA) had to declare a public health emergency in the Delhi-NCR and advised people, especially children and the aged, to limit their exposure to the environment.