Delhi CM Arvind Kejriwal expressed deep sorrow over the death of people who lost their lives due to the fire, which broke out at 5:22 AM, inside a building in Delhi's Anaj Mandi area. 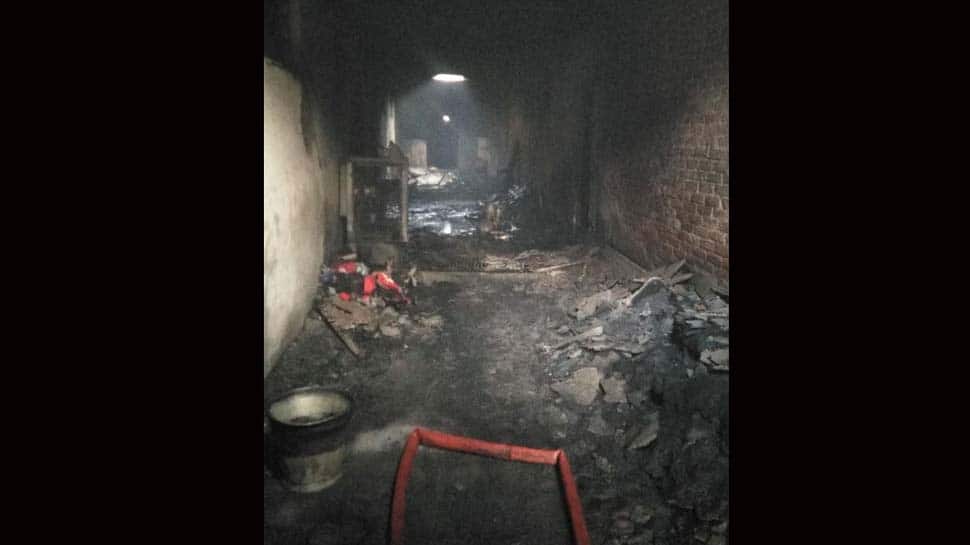 Delhi Chief Minister Arvind Kejriwal on Sunday (December 8) arrived at the spot where a massive fire killed 43 people in the wee hours of Sunday. The Delhi chief minister expressed deep sorrow over the death of people who lost their lives due to the fire, which broke out at 5:22 AM, inside a building in Delhi's Anaj Mandi area.

Kejriwal ordered a magisterial inquiry into the tragic incident and said that he has asked the probe team to submit the report within seven days. He also announced a compensation of Rs 10 lakh to families who lost a member in the fire and additional assistance of Rs 1 lakh to those who were injured. The Delhi chief minister is also scheduled to the LNJP hospital and other hospitals where the rescued people are currently undergoing treatment.

Delhi BJP chief Manoj Tiwari also visited the spot and expressed grief over the incident. The BJP MP announced that his party will give a compensation of Rs 5 lakh to the family of the deceased.

Sources told Zee Media that over 60 people have been rescued by the fire fighting officials. Speaking to media, Deputy Fire Chief Officer Sunil Choudhary said: "A fire broke out in a 600 sq feet plot. It was very dark inside. It is a factory where school bags, bottles and other materials were kept."

The fire broke out in an illegal plastic factory running inside a house and soon engulfed two other houses. Majority of the victims were labourers and they used to sleep in the same building in which the fire broke out when they were asleep.

Talking to Zee News, Atul Garg, Chief Fire Officer, Delhi Fire Service, said that some people have lost their lives due to asphyxiation. He added that since the area has narrow lanes it hampered the movement of fire brigade vehicles near the building. According to Garg, sacks of clothes, card boards and other materials were stored inside the house which caused the fire to spread quickly. He said that this could be called the biggest rescue operation of Delhi.

Delhi traffic police has issued an advisory asking the commuters coming from St Stephen to Jhandewalan to use the Rani Jhansi flyover as the road below has been closed for public due to the massive fire.