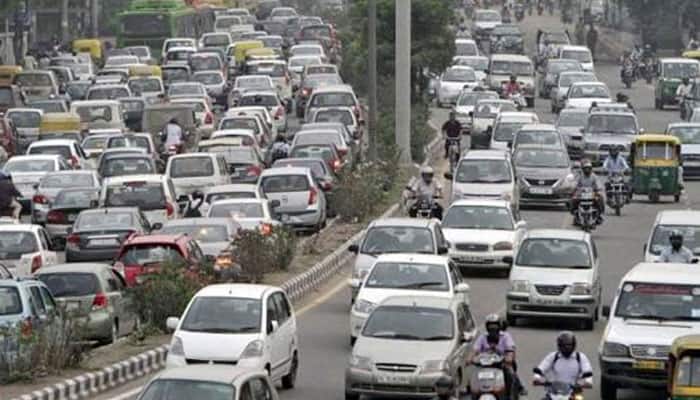 NEW DELHI: In a last-ditch effort to control the deteriorating air quality in Delhi and adjoining areas, the Odd-Even scheme of Delhi government will come into effect from Monday (November 4). The scheme will remain in place till November 15 and will be applicable from 8 am to 8 pm.

President and Vice President of India, Prime Minister, Governors, Chief Justice of India, Lok Sabha speaker, Leaders of Opposition in the Parliament, Union Ministers, Supreme Court judges, high court judges, Chief Ministers, Lieutenant Governors, UPSC Chairperson, Deputy Chairman of the Rajya Sabha, Deputy Speaker of the Lok Sabha, members of the Lokayukta and defence vehicles will be exempted from the scheme. However, Delhi Chief Minister Arvind Kejriwal and other members of state cabinet will not be exempted from this scheme. This time privately-owned CNG vehicles will not be exempted from the scheme.

A fine of Rs 4,000 would be levied for violating the rules of the odd-even scheme. Delhi Metro would make additional trips during the odd-even scheme and the state government has decided to deploy 2,000 private buses to boost public transportation system.

Delhi has been facing the problem of severe air pollution for the last few years and the air quality dips significantly during winter.  "All scientists and experts are saying that pollution from stubble burning is coming to Delhi, due to which there is pollution everywhere. We don`t want to do any blame game, there should be no politics at this stage. All governments should come together and discuss the issue," Kejriwal said on Sunday. The Delhi CM urged everyone to follow the Odd-Even scheme