IMD revealed that there is no chance of monsoon reaching the Capital and adjoining areas before July 7 and even after that the region will witness below-normal rainfall till the middle of this month. 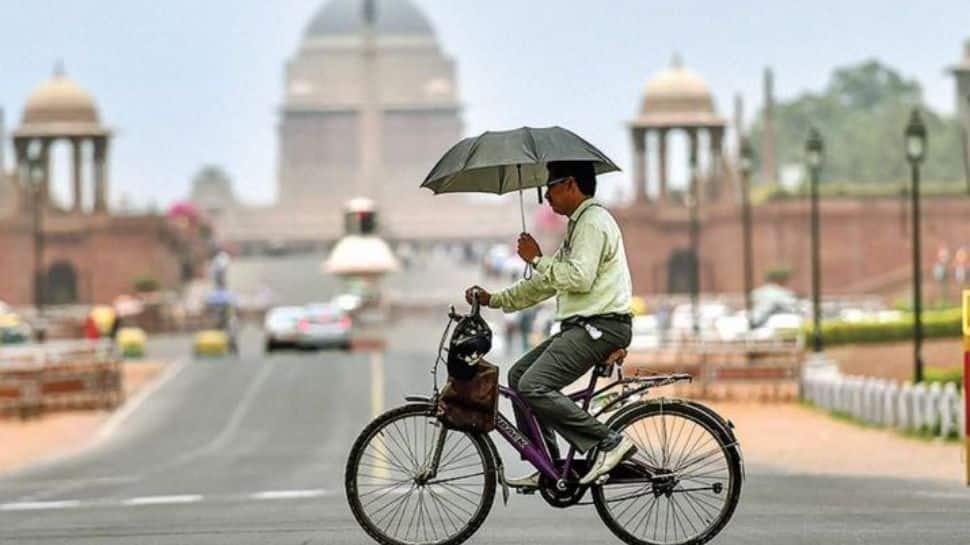 Adding to the worry of Delhiites, India Meteorological Department (IMD) on Thursday revealed that there is no chance of monsoon reaching the Capital and adjoining areas before July 7 and even after that the region will witness below-normal rainfall till the middle of this month.

"Heatwave conditions are very likely over Punjab, Haryana, Chandigarh and Delhi and some parts of Uttar Pradesh, north Rajasthan and northwest Madhya Pradesh till July 2," the MeT office said.

"The monsoon has covered most of the country except parts of Rajasthan, Delhi, Haryana and Punjab. Since June 19, no progress has been observed. Mid-latitude westerly winds, unfavourable Madden-Julian Oscillation (MJO) and absence of a low-pressure system over North Bay of Bengal are some of the reasons," the IMD said.

"There is no chance of the monsoon covering Delhi-NCR and other parts of northwest India till July 7. Below-normal rainfall is predicted in the region till mid-July. Thereafter, the precipitation will increase. Overall, below normal to normal rainfall this month," IMD Director General Mrutunjay Mohapatra said.

According to the weather department, another heatwave is likely on Friday.

According to the IMD, northwest India has received 14 percent excess rainfall -- 85.7 mm rainfall against the normal of 75.3 mm since June 1, when the monsoon season starts.

Delhi has received just 29.6 mm rainfall against the normal of 64.1 mm during the period -- a deficiency of 54 percent.

IMD also added that this delay in the arrival of monsoons is likely to impact agricultural operations like sowing and transplantation of crops, and irrigation scheduling in the states which are considered the “food bowl” of the country, Punjab and Haryana.

Earlier, the meteorological office had earlier predicted that the wind system may reach Delhi by June 15, which would have been 12 days early. Normally, the monsoon reaches Delhi by June 27 and covers the entire country by July 8. Last year, the wind system had reached Delhi on June 25 and covered the entire country by June 29.