Zee News Editor-in-Chief Sudhir Chaudhary on Monday (September 27) presented a sting operation that exposed farmer leader Naresh Tikait who was caught on camera agreeing to a deal that stood against what these leaders preach at their rallies. 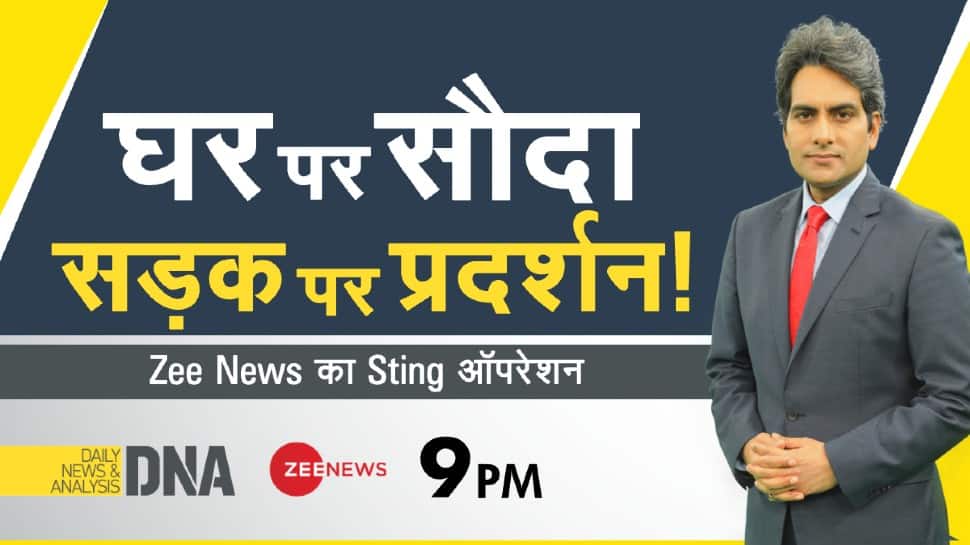 New Delhi: The farmers’ unions who are protesting against the Centre’s three farm laws called for ‘Bharat Bandh’ which led to traffic congestions, disrupted railways and affected people in many parts of the country. However, the true face of the so-called farmer leaders stood exposed as Zee News conducted a sting operation that showed their double standards.

Zee News Editor-in-Chief Sudhir Chaudhary on Monday (September 27) presented a sting operation that exposed farmer leader Naresh Tikait who was caught on camera agreeing to a deal that stood against what these leaders preach at their rallies. As the channel brought out the footage, #TikaitExposed became the top trend in the country. Here is what the sting shows:

Rakesh Tikait is one of the most prominent faces of the farmers' movement on the borders of Delhi for the last several months. Naresh Tikait is his elder brother and is playing an active role in the movement.

Our team member met Naresh Tikait in Uttar Pradesh's Muzaffarnagar district in disguise as a businessman whose company has an agreement with a major Singapore-based company. We told Tikait that we need land in Uttar Pradesh to set up a jaggery factory.

In the beginning, Tikait did not show much interest, But as soon as he learned that a foreign company was involved, he engaged in a discussion. Contrary to what he claims about contract farming in his rallies, Tikait showed a keen interest in negotiating the lease price of the land.

He said that he could arrange 12 bighas of land for the Singapore company at the rate of 10 thousand rupees per bigha annually and would also help in setting up a jaggery factory.

Recently, Naresh Tikait had said in the farmers' Mahapanchayat held in Muzaffarnagar that farmers should be careful while entering into agreements with companies because such companies can grab their land.

But in conversation with our undercover team, he did not mention any such thing. He even said that if the deal goes right, he could also arrange sugarcane for less than the mill rate. He promised to get sugarcane at Rs 250 per quintal instead of the mill rate of Rs 325.

In contrast, during the farmers' movement, Naresh Tikait and his younger brother Rakesh Tikait demand the government to increase the minimum support price of crops.

The price of sugarcane that Naresh Tikait is talking about is called State Advisory Price. He tried to defend himself after this sting operation and said that he is not cheating the farmers.

However, the sting operation shows otherwise. It shows how the things these leaders speak in front of the public are quite different from what they speak behind the scene. This is nothing but a big betrayal with the innocent farmers of the country.