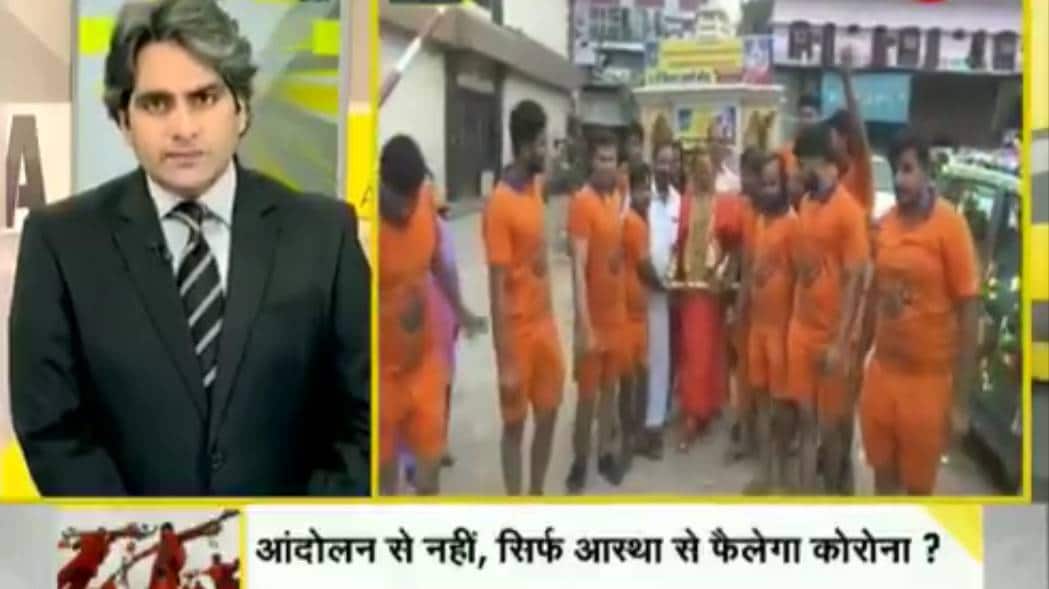 New Delhi: On today's episode of DNA, Supreme Court's asking Uttar Pradesh government to stop 'Kanwar Yatra' was the topic of analysis as it brings about the double standards in imposing rules on crowds during COVID-19 pandemic. It is agreed that the decision to stop the 'kanwar yatra' is a right step, but there cannot be different COVID-19 rules for different events.

The truth there is that every country in the world and their government has different rules and different thinking regarding coronavirus rules, and even there are several contradictory visions. For example, if we talk about the rules in other parts of the world, will then the same rules that apply to 'Kumbh Mela' will also apply to the spectators who watch football in Europe?

The first thing the court said: The Right to Life under Article 21 of the Constitution is paramount and asked the Uttar Pradesh government whether it was willing to reconsider its decision to hold a yatra at all. "We are of the prima facie view that this is a matter which concerns every one of us and this is at the heart of Article 21 of the Constitution. The health of citizenry of India and Right to Life is paramount and all other sentiments, including religious, are subservient to this fundamental right," the bench comprising Justices RF Nariman and BR Gavai said.

The second thing the court said: The Uttar Pradesh government should reconsider its decision on holding the Kanwar Yatra. It added that if the government fails to take a concrete step on the holy event, the court will be forced to take a decision on it. The apex court's direction came after the Uttar Pradesh government told the bench it has decided after relevant discussions to hold a symbolic Kanwar Yatra with appropriate COVID restrictions.

The question isn't whether the state governments should give a go-ahead to Kanwar Yatra or not, but whether you have ever seen the Supreme Court being so active on the farmers' movement. Today, the entire world is battling the COVID crisis and the lethal disease doesn't discriminate on the basis of any religion, caste and country.

What is to be noted here is that the infection can also spread through the farmers' protest, who have been sitting at the borders for over eight months now. However, despite this, the apex court took suo moto cognizance of questioning the holding of Kanwar Yatra but maintains a silence on the farmers' movement.