The BKU leader's agenda for Bengal visit includes discussing the issue of MSP and the three controversial farm laws with the farmers of the state. 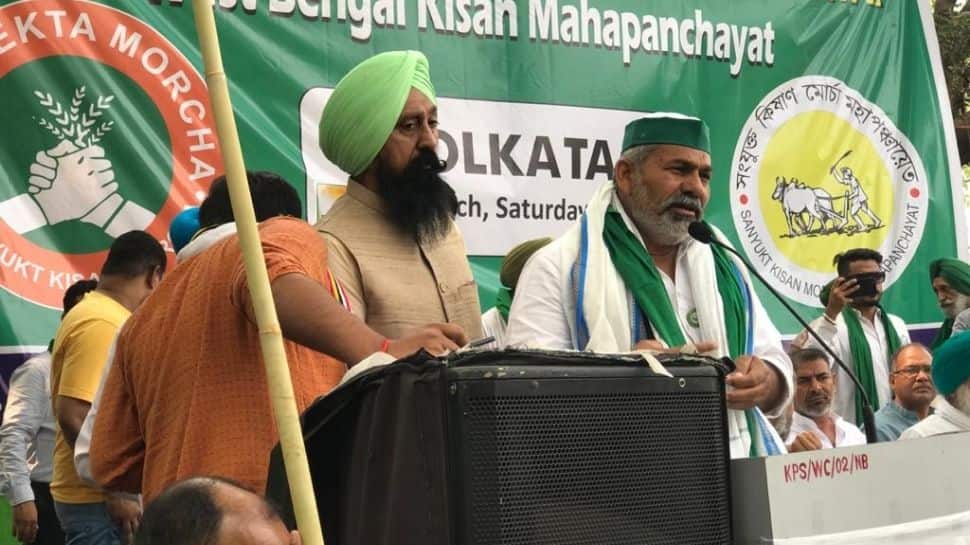 New Delhi: Ahead of the upcoming West Bengal Assembly polls, Bharatiya Kisan Union (BKU) leader Rakesh Tikait in Nandigram on Saturday (March 13) urged peopel to not to vote for the Bharatiya Janata Party (BJP) and instead cast votes for a candidate who can defeat BJP.

The BKU leader's agenda for the Bengal visit includes discussing the issue of MSP and the three controversial farm laws with the farmers of the state.

Tikait is visiting the hotly contested seat of Nandigram which is witnessing will a neck-and-neck contest between TMC supremo and BJP leader Suvendu Adhikari from the constituency.

Addressing another meeting earlier in Kolkata, Tikait attacked the Centre and claimed that the government is run by big companies and not any political party. These farmers protests have to be held across the country, in every district, he added.

Recently, Banerjee had suffered injuries during her two-day visit to Nandigram from where she filed her nomination on March 10. She had alleged that she was pushed by four-five unidentified people during her election campaigning.

The West Bengal CM was discharged from SSKM Hospital on March 12. "CM Mamata Banerjee has responded well to the treatment. She has been discharged with appropriate instructions, due to her repeated requests. She has been advised to review after 7 days,” the hospital had said in its release.